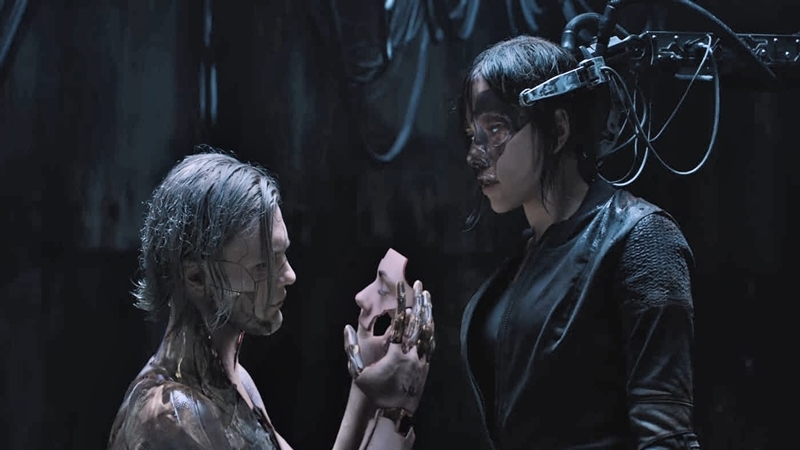 Film: Ghost In The Shell

This live action sci-fi adventure is a cerebral and aesthetically exciting adaptation of the Japanese manga comic books by Masamune Shirow. Unlike The Matrix, which straddled the Buddhist/Hindu worldview of maya and rebirth, Ghost in the Shell sources material from the Bible and Blade Runner, Ridley Scott’s ambitious adaptation of a Philip K Dick novel, which explored the inner life of cyborgs.

“I have many names,” Kuze (Michael Pitt) an important “ghost” who brings to mind the Biblical “Legion”, tells Major (Scarlet Johansson) the titular protagonist. “I am he whom you seek,” Kuze adds, in a line purloined from the New Testament, before he claims Major was built from him (just like Eve from Adam’s rib). As it happens, the “ghosts” are hybrids of human consciousness implanted in synthetic bodies. Heart/liver/kidney, etc., can easily be transplanted. But the mind/spirit/soul? I think not, gentle reader.

“There’s the thick fog of memory and I can’t see through,” says the heroine in language, which is clearly inspired by St Paul in the New Testament. However, Major’s creator Dr Ouelet (Juliette Binoche) at the Hanka Corp, is godlike and can “see” through her mind. “Memories don’t define us, what we do, does,” the good doctor tells Major who is part of an anti-terrorism squad headed by Aramaki (Takeshi Kitano).

Much in the manner of The Matrix, Major is able to reach another level of consciousness. This is complicated by the false memories which have been implanted in her just like the cyborg in Blade Runner. But the explosions in the glitzy, neon-lit cityscapes in which she dwells are all too real as are the gunfights and hand to hand combat between Major, her cyber-enhanced human partner Batou (Pilou Asbaek) and the baddies deputed by greedy Hanka executive Cutter (Peter Ferdinando) who wants to use “ghosts” as killing machines.

Sizzling action is tempered with Major’s quest for self-knowledge and identity through dialogue that references humankind threatened by science and technology. Materialistic as science is, it is irksome (to your reviewer) that the human spirit or soul is reduced to a “ghost” or the mind. Screenwriters Jamie Moss, William Wheeler and Ehren Kruger also suggest the perennially nude Major could be bi-sexual.

I liked their rendition of Dr Ouelet who insists the “ghosts” are more than their robotic bodies. And though Johansson is sensational as Major who happens to be Japanese in the original comics, it would be good if Hollywood was sensitive to authentic representation. Angelina Jolie cast herself as the slain journalist Daniel Pearl’s wife who is black. Green eyed red haired Gina Lollobrigida played the Queen of Sheba who is also black.