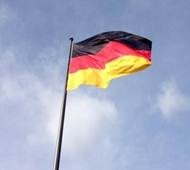 Washington D.C: An Afghan teenager was shot dead by the police after he injured several people with an axe on a train in southern Germany.

The motive behind the attack remains a mystery.

According to CNN, Bavarian Interior Minister Joachim Herrmann said that the 17-year-old Afghan man was a resident of Ochsenfurt, Bavaria.

The attack took place as the train was travelling between stations and when the train made an emergency stop short of the station at Wurzburg-Heidingsfeld, the assailant jumped out of the train.

Immediately, the Police hunted the man down with ground searchers and a helicopter, and he was taken down.

Four passengers who were attacked are in serious condition, with the total number of wounded unclear, according to the police spokesman.