Vancouver-based Indian author Gaurav Sharma authored a blank book and lodged a protest against his own community. As many as 50 publishers rejected his work, which prompted him to write another book, ‘The Indian Story of an Author’. Again, it has most of the pages blank.

The book in question, God of the Sullied was finally released on September 1 this year, in paperback and e-book version worldwide, and published by Think Tank Books. Let’s delve deeper to know how this “raw” author, as the young writer claims to be, shot to fame after persistent hard work and numerous failures…

The 26-year-old writer was born in Delhi and brought up in Sitamarhi, Bihar. He graduated in Mass Communication and Journalism from Guru Gobind Singh Indraprastha University, New Delhi, and moved to Canada for higher studies. He did Post Degree Diploma in Business Administration from Langara College in Vancouver.

A science student, whose family didn’t want him to be just another engineer or a doctor, he was compelled to become a journalist and gradually he transformed himself into what he is today. Sharma was just 19 and still in college when he wrote his first textbook Designs and Graphics Redefined in 2011. The other two textbooks that Sharma penned are Photography Redefined in 2013 and Development and Communication Morphosis in 2014. 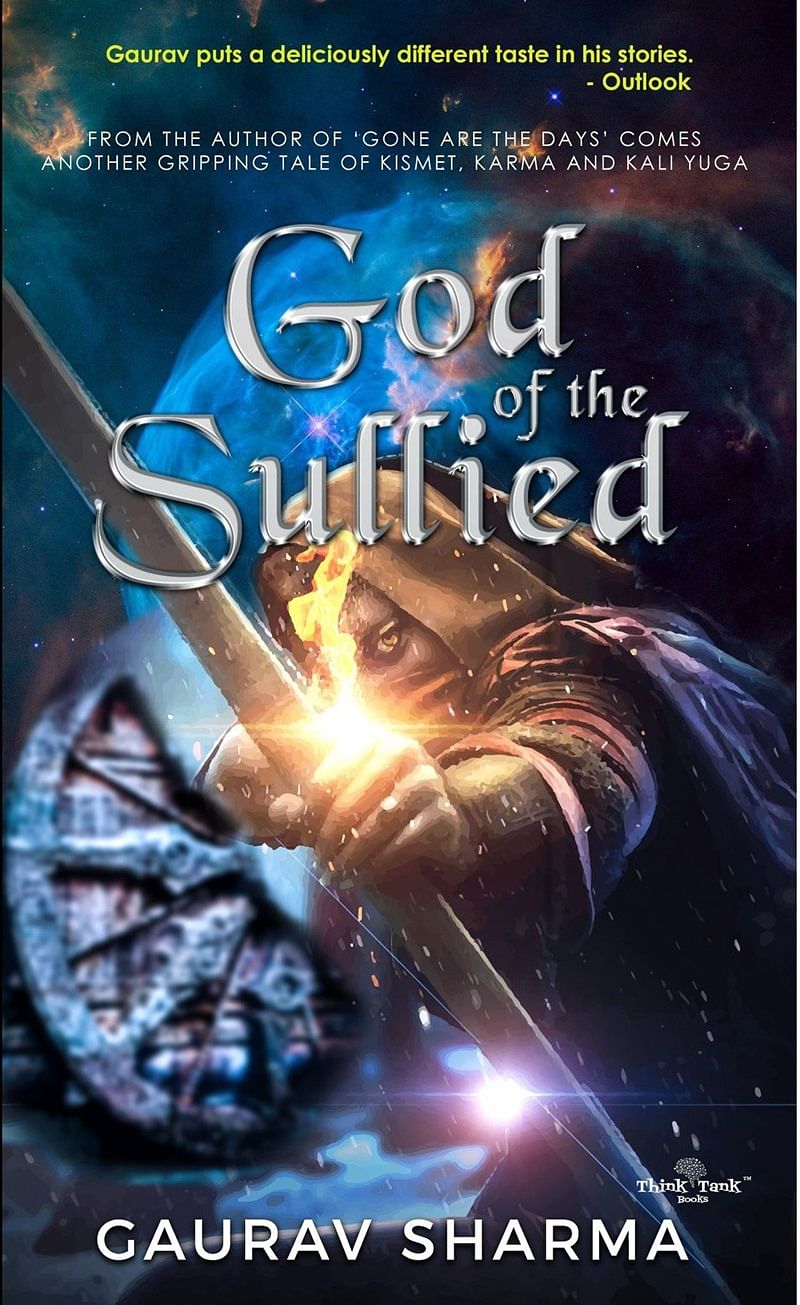 After his graduation, Sharma interned with major media houses such as Business Today, India Today, and landed a job at NDTV. He shares, “I was debating if I should spend a few years drawing a very low salary and then make my way up the corporate ladder, or go abroad to shape my future. I chose the latter.”

A permanent resident of Canada, he believes he is still in the learning and evolving phase. “I don’t write to sell, and am raw in expressing my feelings through written words,” he reveals honestly.

In 2016, Sharma debuted with Gone are the Days. About his debut novel, he says, “It was an experiment. It was my first fiction (semi-autobiographical) after three textbooks. I thought to write about my own life until I was 22. It got quite a positive response from all corners.”

Talking about his present and future projects, Sharma says, “God of the Sullied is a historical/mythological fiction. Writing is my passion, and there was no inspiration as such behind writing God of the Sullied. I wanted to create something that would have Kismet, Karma and Kali Yuga in it. I only thought of my first chapter, and once I began writing, the rest of the story came by itself.”

Ask what he does to pay the bills, and he replies, “I have a day job in Canada. It is very hard to earn royalties that are enough to cover expenses. I keep changing jobs here. I haven’t found my ‘dream job’ yet.”

Sharma is an inspiration for many. In his message to Young India, he says, “Youngsters should do whatever they feel uncomfortable about. Trying things that make you uneasy ultimately makes you stronger and opens even more avenues in life.”

Offering tips to aspiring authors, he says, “Budding authors should start writing only if they are passionate; not with an intention to sell the book. If you write only to sell, chances are you wouldn’t get a great publishing deal. After a few rejections, you will lose interest and feel like writing wasn’t your cup of tea. Be true to your story and the rest will come automatically and naturally.”