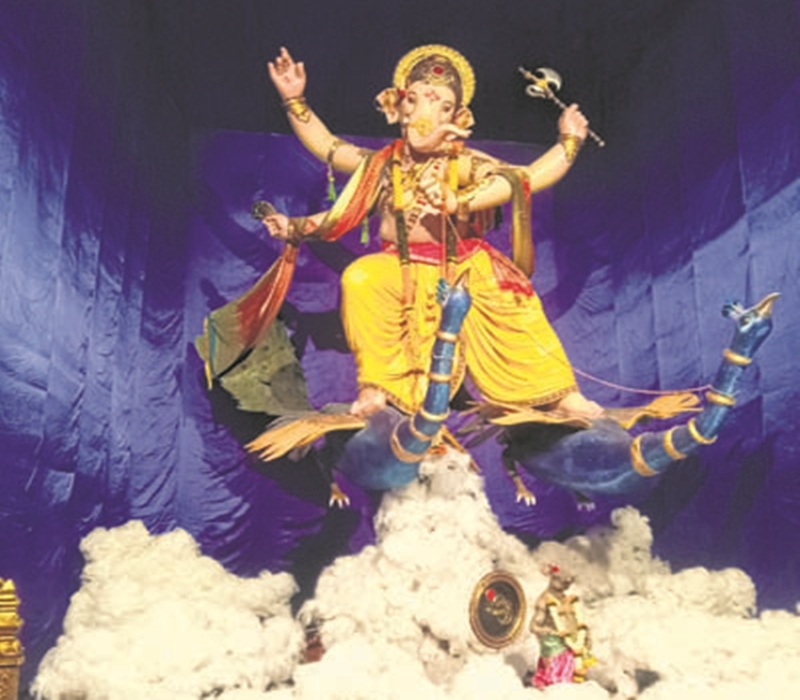 Mumbai: The Girgaum Chandanwadi Sarvajanik Ganesh Mandal has a social message for its devotees this year. It has made a short film on the dangers of the excessive use of mobile phones in daily life. A three-minute video clip shows how members of a family are driven apart from each other because of mobile phones, how personal conversations have reduced and people tend to rely on their phones for information.

The video shows it is not just youth who are addicted to their mobile phones but also the elderly. Pandurang Sakpal, a member of this mandal, told The Free Press Journal, this year the mandal decided on this theme, as life in Girgaum has changed. “Girgaum is one of the oldest areas of Mumbai. The traditional lifestyle and culture of Mumbai — the chawls and neighbourhood, can be seen still in Girgaum. However, life today is very different from the way it was a decade ago. Neighbours would come to each other for help and there was mutual affection, which is not the case any more. And the mobile phone is one of the main reasons for this transformation. Therefore, the mandal through Ganeshotsav, tried to create awareness,” said Sakpal.

The mandal is trying to spread the message — people should use their mobile phones only when needed. Interestingly, the film has been made by a group of college students who are residents of the area.  The Girgaum Sarvajanik Ganesh Mandal depicts a 26-foot tall Ganpati, seated on a peacock, flying in the sky.