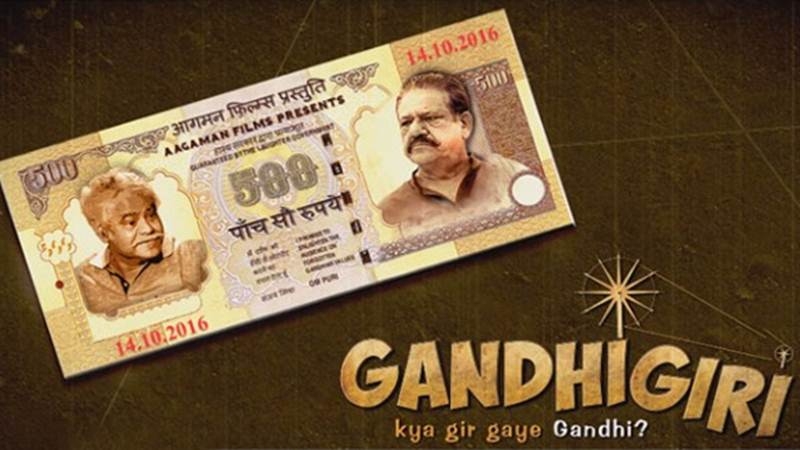 Writer Kumar Manjul and Director Sanoj Mishra’s attempt to craft a ‘Lage Raho Munnabhai’ of sorts comes-a-cropper because the script just doesn’t hold you in its thrall and the treatment can’t rise up from the pedestrian. At a time when Gandhian values are being eroded by a concerted campaign of falsehoods, this film that hopes to promote Gandhian values, makes a valiant attempt to break the mould.

The story is of Rai Saheb (Om Puri) an NRI, a strong believer in Gandhian principles, who returns to India. Rai Saheb’s father it is said, was a Gandhian  himself, closely associated as he was with the real deal. When in India, Rai Saheb attempts to correct the paths chosen by four people who get waylaid by modern ills. And in the process  he gets preachy and boring and could well drive you out of the theatres.

The film is well intentioned but fails to translate it’s belief system into something palatable to a young audience. What befuddles is  a so-called Gandhian is shown as having left his country for greener shores and returns to preach values that his own history doesn’t hold true to.

The treatment is bland and uninteresting, there’s hardly any humour to lighten things up, the performances are strictly okay while the dialogues just knock you senseless. If you are really looking for a lesson in Gandhigiri then pay a revisit to ‘Lage Raho Munnabhai’– that would definitely be a much safer and truer bet.