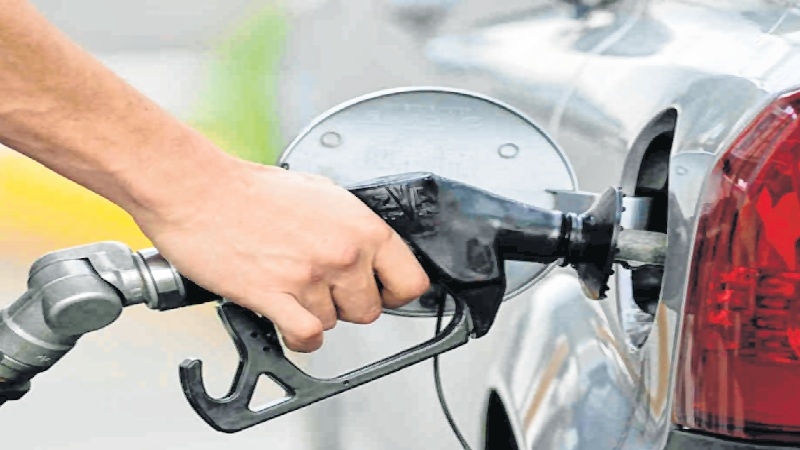 Mumbai: The reduction in fuel prices had come “too late”, the Shiv Sena said on Friday and claimed that the Centre had mopped up Rs 1 lakh crore per day when the rates of petrol and diesel were being increased daily. It also slammed Maharashtra Chief Minister Devendra Fadnavis for his reported remark that he was “ready to mortgage the state in Dr B R Ambedkar’s service”.

The government on Thursday announced a Rs 2.50 per litre cut in petrol and diesel prices by reducing excise duty and asking PSU oil firms to take a hit of Rs 9,000 crore, a step that was matched by BJP-ruled states by slashing VAT so as to double the reduction in retail rates.

“The decision by the Centre and the Maharashtra government to reduce fuel prices has come too late. The increase in fuel prices daily in the past has led to a deposit of Rs 1 lakh crore everyday in the country’s coffer,” the Sena said in an editorial in its mouthpiece Saamna. If the Centre grants Rs 5,000 crore to Rs 10,000 crore out of the mopped up funds for the memorial of Maratha warrior king Chhatrapati Shivaji and Dr B R Ambedkar, the chief minister would not have to mortgage the state, it said in a broadside against Fadnavis.

During the foundation day of the Ramdas Athawale-led Republican Party of India (A) in Thane on Wednesday, Fadnavis reportedly said the Congress built statues of (former prime ministers) Indira Gandhi and Rajiv Gandhi but did not care to give due respect to Ambedkar and build his memorial.

Fadnavis said Ambedkar represented social justice, equality and humanity, and that he was “ready to mortgage the state” in service of the architect of the Constitution. Reacting to his remark, the Uddhav Thackeray-led party demanded that the government cut down on spending thousands of crores on advertisements. It also asked why the money “used by BJP to win elections” could not be used for the memorial, instead of mortgaging the state.

“Had Babasaheb Ambedkar been alive today, he would have lifted a lathi (stick) against those in power who are talking about mortgaging the state. At least they have now conceded that the state’s economical condition is weak and festivals are celebrated with borrowed money,” it said. “It is surprising to see the rain of announcements at a time when the state’s coffers are empty,” said the Sena, which is an ally of the BJP at the Centre and in Maharashtra.

The memorials of Shivaji and Ambedkar have to be made while wading through the current economic crisis, it said. “It will not be good for the state if these memorials get stuck due to lack of funds. However, it is also not proper for the chief minister to publicly say that he would mortgage the state to build their memorials,” the Marathi daily said.