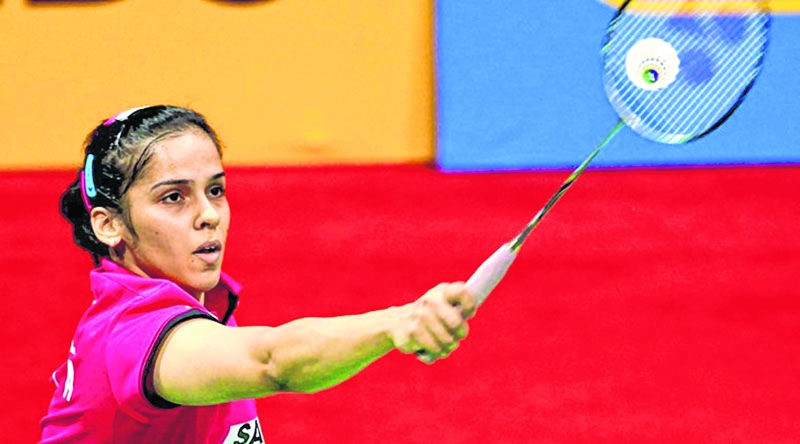 Paris: Defending champion  Kidambi Srikanth and India ace Saina Nehwal made their way to the quarterfinals of the USD 750,000 French Open BWF World Tour Super 750 here on Thursday. Srikanth showed great determination to outwit Korea’s World No. 25 Lee Dong Keun 12-21, 21-16, 21-18 in a second-round clash that clocked an hour and 13 minutes.

The Indian had lost twice to the 27-year-old Korean in the past two meetings.Saina, who had reached the finals at Denmark Open last week, continued her good run by outwitting former World champion Nozomi Okuhara of Japan 10-21, 21-14, 21-17 in another exciting contest. The Indian had beaten Okuhara last week as well.

However, both Srikanth and Saina will have a tough task at hand as they face world champion Kento Momota of Japan and World No. 1 ranked Tai Tzu Ying of Chinese Taipei respectively on Friday. World No. 6 Srikanth will have to bring all his experience to the fore as Momota has outclassed the Indian four times this season. Momota enjoys a 9-3 lead over Srikanth in the head-to-head count.

Saina too has been no match for Tzu Ying, who defeated her in the finals last week at Odense. The Taiwanese has a overwhelming 13-5 record against Saina, who has lost the last 11 times she faced her.

Olympic and world championship silver medallist PV Sindhu has once again regained her World No. 2 status in the latest BWF rankings released on Thursday.

Sindhu, who is currently competing at the French Open in Paris, jumped one spot to stay one spot behind Chinese Taipei’s Tai Tzu Ying, who continues to dominate the rankings. Sindhu had achieved the World No. 2 ranking for a week for the first time in April last year but she slipped soon before regaining the position for almost two months from September to November.  She slipped to World No. 3 after that and held that spot for most part of 2018. Saina, who had reached the finals of Denmark Open last week, was rewarded for her stupendous show as she too climbed one rung to reach the number nine 9 slot.

In the men’s singles, Srikanth remained static at world no 6, while Sameer Verma jumped five spots to be in 18th position. HS Prannoy, who skipped the events in Denmark and France, slipped two places to be 17th. B Sai Praneeth is at the 26th place, while Sourabh Verma jumped two places to reach the 48th spot.