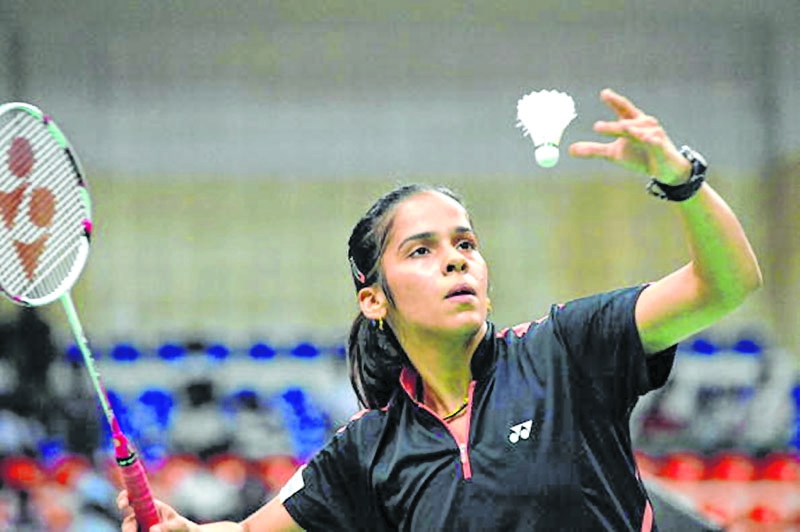 Paris: Olympic medallist Indian shuttler Saina Nehwal’s impressive run at the French Open ended with yet another loss to World No. 1 Tai Tzu Ying, this time at the quarterfinals of the BWF World Tour Super 750 tournament here on Friday.
Saina looked in good touch initially but couldn’t match the pace of Tzu Ying later on to squander four game points and lose the opening game.

She was no match to her rival in the second and eventually went down 20-22, 11-21 in the quarter-finals here. It was Saina’s 12th straight defeat to the Chinese Taipei shuttler, who showed incredible temperament and determination to seal the contest after being 9-16 and 16-20 down in the opening game.

Saina yet again failed to crack the Tzu Ying code as she lost to the Chinese Taipei shuttler in the finals last week at Denmark Open. Tzu Ying now has an overwhelming 14-5 head-to-head record against Saina.The duo played some incredible rallies, despite the Taiwanese employing her deceptive strokes to make life difficult for the Indian. From 9-16 behind, Tzu Ying, however, managed to reduce the margin to 15-16 after upping her pace.

In the end, Tzu Ying earned 11 match points after Saina found the net. The Indian saved two match points but the Taiwanese soon cemented her place in the semi-finals when Saina erred again. Earlier, Indian ace PV Sindhu advanced to the quarter-finals with a straight-game win over Japan’s Sayaka Sato but B Sai Praneeth crashed out in men’s singles on Thursday night.

Sindhu, seeded third, dished out a compact game to outwit Sayaka 21-17, 21-16 in a second round match on Thursday to set up a clash with seventh seeded Chinese He Bingjiao.However, Praneeth was no match for Asian Games champion Jonatan Christie of Indonesia, going down 16-21, 14-21 in a men’s singles match.