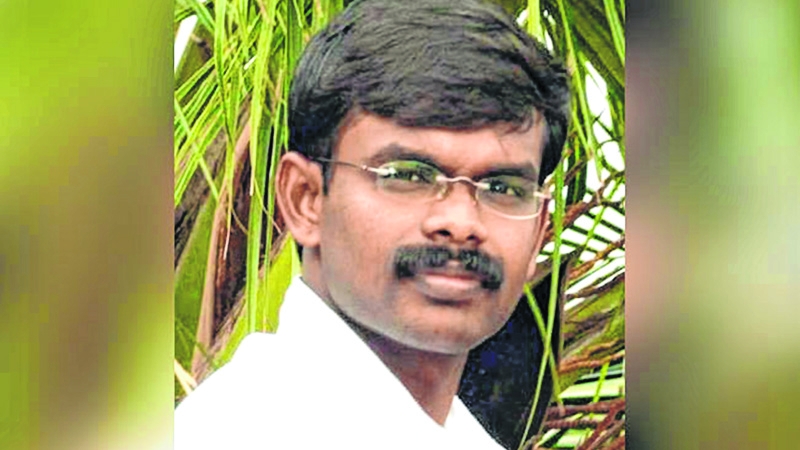 Tirunelveli/Chennai: A freelance cartoonist was arrested on Sunday in connection with a caricature depicting Tamil Nadu Chief Minister K Palaniswami allegedly in a distasteful manner over a recent family suicide related to loan sharks. The cartoon was uploaded on a website on October 26, days after a man and his wife set themselves and their two kids afire at the Tirunelveli collectorate allegedly due to harassment by a money-lender.

Bala was arrested on the basis of a complaint filed by Tiruneveli District Collector Sandeep Nanduri, who was also caricatured in the cartoon along with the city police chief. While the woman and her two children died on the day of the incident i.e. October 23, the man succumbed to injuries later. The incident drew widespread condemnation from political parties and civil society groups over usury — the practice of lending money at high interest rates, which is illegal in Tamil Nadu but the enforcement of which is patchy.

Family head Muthu resorted to the extreme step as the money-lender was harassing him demanding more money despite him having returned Rs 2.34 lakh, including interest, on a loan of Rs 1.40 lakh, his brother had alleged. “In the cartoon,” the complaint said, “he (Bala) depicts the burning body of a baby which is watched by 3 persons without clothes” and who are identified as Nellai police commissioner, Nellai Collector and Chief Minister.

“The three persons are depicted as naked and carrying currency notes which are used to cover their private parts. This highly demeaning cartoon shows the government officers in a poor light and also casts aspersions about their integrity… the Chief Minister in a highly derogatory and belittling way,” the Tirunelveli district chief said.