The year of 2018 was an interesting and lengthy year for Indian cricket. Lengthy because of the number of matches the Indian team played during the time, and interesting due to various fan-rich moments which became a buzz in news. The fever of cricket among fans is so high that sometimes they take extreme steps to meet their favourite sports stars. After all, meeting one’s role model is like a dream come true.

Fan touches feet of Rohit Sharma, tries to kiss him

MS Dhoni fulfilled dreams of a special fan who waited for him outside Greenfield International Stadium in Thiruvananthapuram, before the fifth ODI between India and West Indies. The fan, who was physically challenged, was sitting on his wheelchair waiting for former Indian captain. When Dhoni arrived at the spot, he shook hands with him. The fan responded by kissing Dhoni’s hand. Dhoni also clicked few photos with him, and gifted him a photo-frame with his signature on it.

A 19-year-old fan of Indian skipper Virat Kohli entered the Rajiv Gandhi International Cricket Stadium during the second Test between India and West Indies. The fan breached security, hugged Kohli and tried to click photo with him. He was booked for trespassing into the cricket ground. Still, he cherished his dream moments. 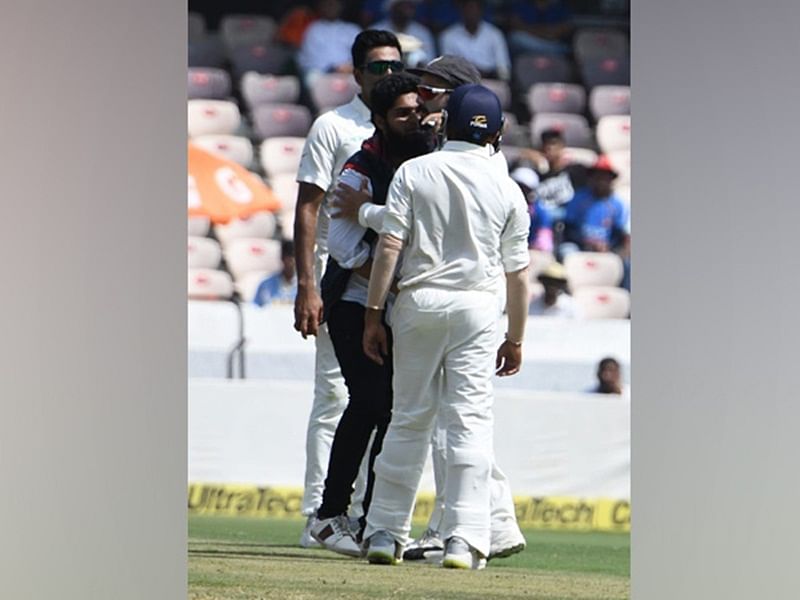 After Gautam Gambhir announced his retirement from international cricket, he was scheduled to play his last career match in the form of Ranji Trophy 2018-19 match for Delhi. During the match, fan crazy fan of Gambhir ran into the ground to touch his feet. The fan came running towards the left-handed batsman who was standing at the non-striker’s end, and touched his feet. Security officials sent him out of the ground and also hit him.

Fan ran to touch Gautam Gambhir’s feet! Later on police and security hit him with a rod! 😣 #DELvAP #RanjiTrophy pic.twitter.com/p05ekHuTT1

During an IPL 2018 match between Kings XI Punjab and Rajasthan Royals in Sawai Mann Singh Stadium, a fan breached security to shake hands with Ajinkya Rahane. The incident happened when Royals were set to bag victory in the match. During the 19th over of Kings XI Punjab’s batting in second innings, a fan breached security only to meet his dream sportsman Ajinkya Rahane. He entered the ground and shook hands with Rahane, who responded with same gesture. Later, security officials sent him out of the ground. 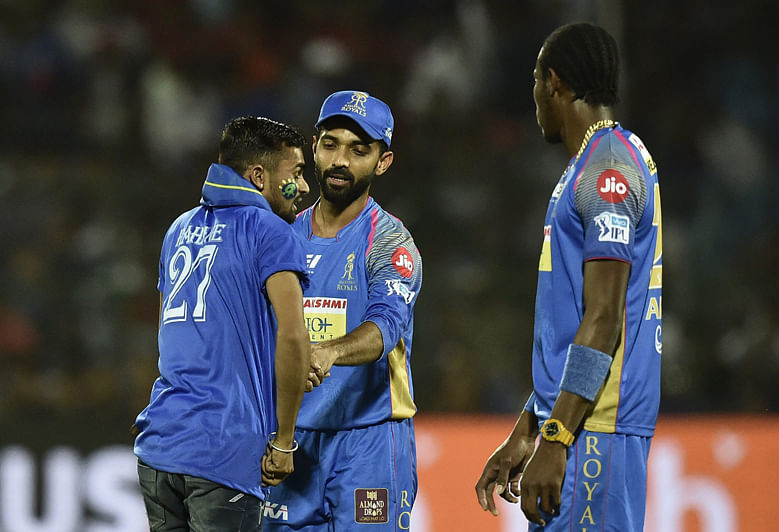