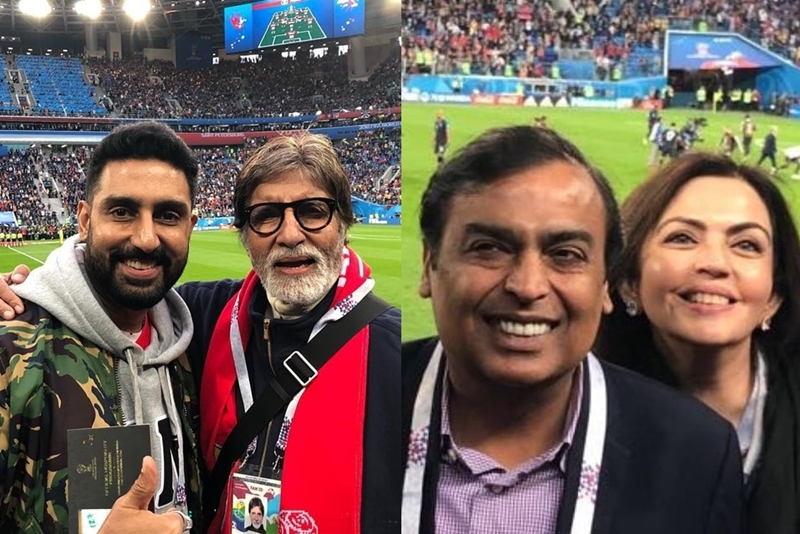 As the FIFA fever has taken over the football fans around the world, the Indian hemisphere is not an exemption. Some of the prominent fans of this game are the richest clans- Bachchans and Ambanis. Both families were in each other’s company during the first semi-final of FIFA World Cup 2018 at St. Petersburg.

Earlier we reported about Amitabh Bachchan and son Abhishek sharing their family time on Instagram.

Big B posted a picture of his son Abhishek, daughter Shweta Nanda, granddaughter Navya and grandson at the airport and all of them are super busy looking at their phones. He captioned the picture, “… the family that Mobiles together, stays together…”

He also shared a picture of his grand-kids Navya and Agstya Nanda and captioned it, “…. and then the grandchildren.. they be the best .. when did they grow up – Navya Naveli & Agastya..”

On the other hand Abhishek posted a picture with his dad captioned, “#FraBel #worldcupsemifinals Congratulations France! @amitabhbachchan.”