FIFA U-17 World Cup: Our midfield was not good in defensive system, says Brazil coach 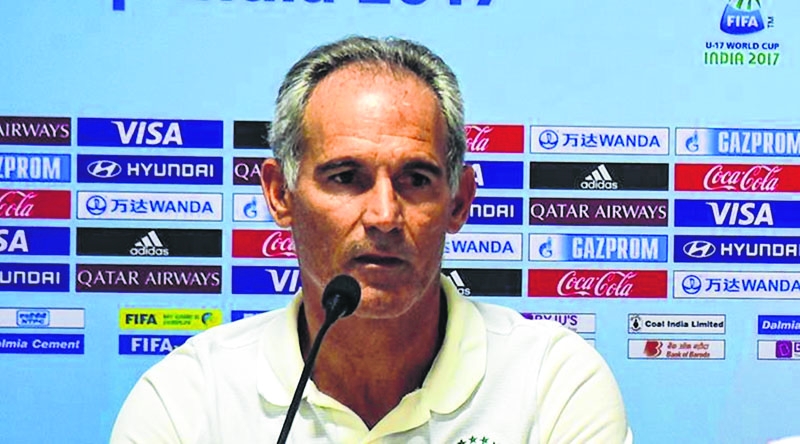 Kochi : Brazil coach Carlos Amadeu is not entirely happy with his boys’ performance despite outplaying Honduras 3-0 in their FIFA U-17 World Cup pre-quarterfinal match and said they need to improve against heavyweight Germany in the quarterfinals.

Amadeu rued that his team’s midfield play was not good as the Hondurans had many shots at the Brazil goal, reports PTI.

“All the players have their functions. The responsibility is mixed. Our midfield was not really good in their defensive system. We conceded many shots from long and medium distance. We could block the plays at the wings. They (Honduras) were very close to scoring.  This is what we will have to improve for the next match,” Amadeu said.

He agreed that his players were a bit complacent towards the end of the match against Honduras and they will need to guard against this in the quarterfinals against a team like Germany.

“We had these moments of losing concentration, losing the focus. It is a challenge for us, for me and our technical staff to go through because it is little bit difficult for us.”

Amadeu, however, said he was happy with the overall performance of his team in the tournament so far.

“I am proud of my players. They are playing with maturity and we have been working on this team since 2015. This is one of the secrets about this kind of goals (against Honduras). It is very good to hear of them after the match, going to the dressing room and saying another game without conceding any goal.”

Asked about his thoughts on the quarterfinal match against Germany on October 22 in Kolkata, Amadeu was non- committal but mentioned Brazil’s victory over the European heavyweights in the Rio Olympics.

“We will travel (to Kolkata) and then we will think about Germany. Everybody expects Brazil to win and also our system is to win matches. So there was pressure for the boys and it’s little bit difficult.

“I prefer to talk about recent games, one year one month ago when we won the gold medal against Germany.”