Facing the ‘horrors’ together… 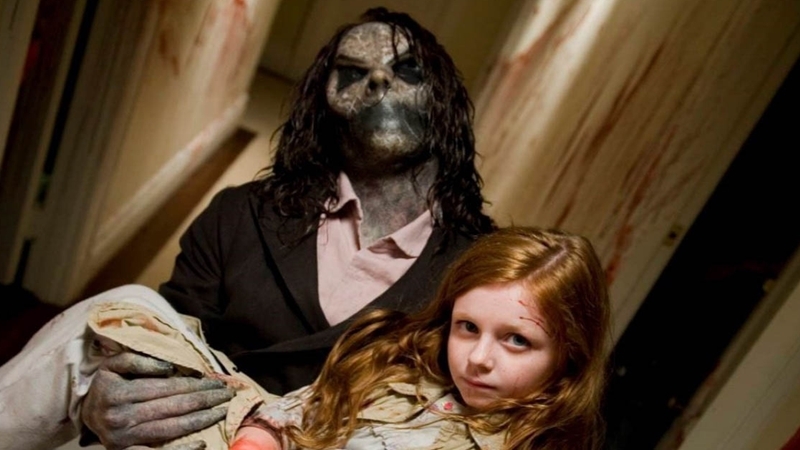 It’s Oscar season and everyone is rooting for Dev Patel to win one for the country for Lion. The film, mostly shot in India and Australia, revolves around Saroo who gets separated from his parents. Five-year-old protagonist finds himself miles away from his family in Kolkata and is left to fend for himself before he is adopted by an Australian couple, Sue and John Brierley.

Twenty years later, Saroo is reminded of his hometown in India after an incident. With the encouragement of his friends, he pursues his family. The reunion between Saroo and his mother, and later between Sue and his biological mother will leave everyone in tears. Poignantly shot, the mother-child relation takes centre-stage in Lion. Mothers will always be protective of their children (biological or adopted), and every child is equally loved and important for her.

In a normal setting, or in a movie like Lion, this scenario seems perfectly fine. But, throw in some supernatural or paranormal, and the parent-child relation takes a different turn. And Hollywood is famous for infamously throwing kids in the midst of all things demon. Here we take a look at some Hollywood movies which focus on this relationship in a paranormal setting.
Mama 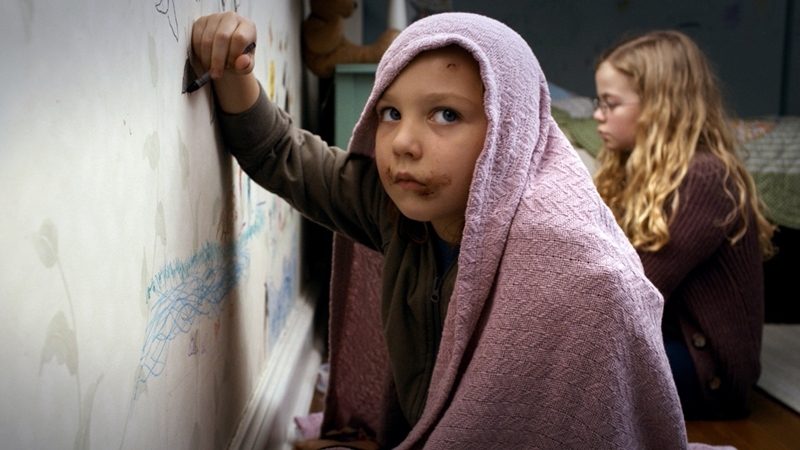 Jeffrey Desange after suffering a mental breakdown kills several co-workers and estranged wife. Post the killing spree, he kidnaps his two daughters Victoria (3) and Lilly (1) with plans of killing the daughters later. What sends chills down your spine is not the father pulling the trigger on the daughters (it is also one of the most poignant scenes), but the shadowy figure that appears stops him from killing the girls. And it is this shadowy figure, who the girls call Mama, which raises the girls for five years, until their uncle finds and rescues them.

The movie scares you and makes you cry at the same time. The Lilly’s relation with the ghostly Mama (who follows them to their uncle’s home) is juxtaposed against the changing dynamic between Victoria and Annabelle, who becomes a mother figure for Victoria. 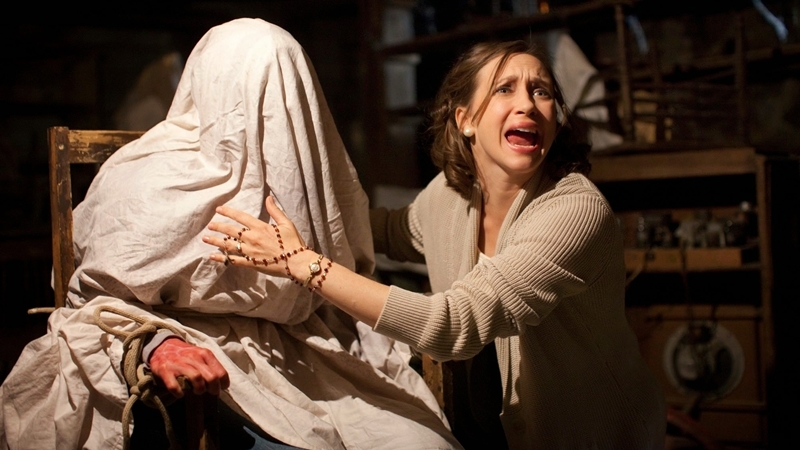 Roger and Carolyn Perron move into a run-down farmhouse in Harrisville, Rhode Island with their five daughters Andrea, Nancy, Christine, Cindy, and April and dog Sadie (who refuses to cross the threshold of the house). While the family tries to settle in, Carolyn finds the house disturbing, with a continued feeling of being ‘watched’ never leaving her. After a few days, paranormal events start happening in the house and all this leads the couple to consult renowned demonologists Ed and Lorraine Warren, who agree to take on the case. After initial investigation, they find the house to be haunted. But it’s not just the house, Carolyn, too, is going through a possession by the evil spirit.

Carolyn’s attempt at killing Christine and April leaves one speechless – after all, possessed or not possessed, you don’t expect a mother to behave that way! On one hand we have the possessed mother Carolyn trying to kill her daughters, on other hand we have Lorraine, striving to keep her daughter (who is staying with her grandparents) alive. 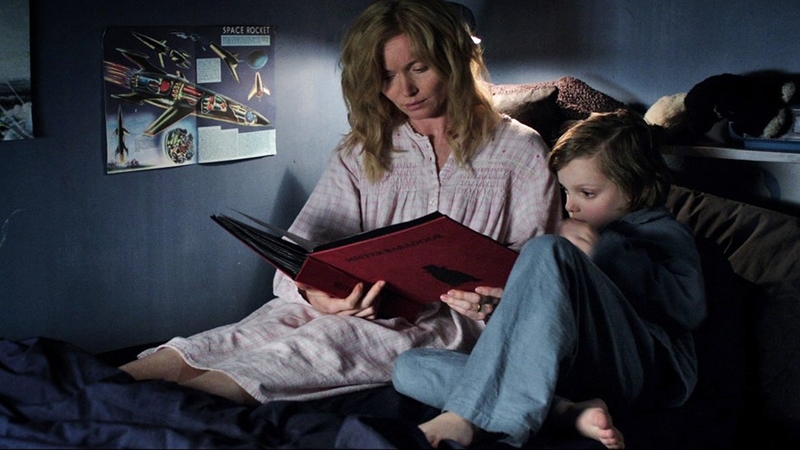 Amelia Vanek, a widow, is troubled by the erratic behaviour of her six year old son Samuel. Her son’s preoccupation with an imaginary monster (against which Samuel is making weapons) has left Amelia exhausted and irritable – at one point we feel Amelia’s exasperation with her son, when we see her looking at him as if she is about to tie and lock him up. What adds more to her woes is the mysterious appearance of a pop-up book, Mister Babadook. Samuel believes that Babadook is real and is very much present in their house, a fact which Amelia believes later. Like Mama and The Conjuring, here too we see he mother being possessed and trying to kill her child. But unlike the other two movies in which the characters have help from an outsider, in this movie it’s just Amelia and Samuel. And it is Samuel, who saves his mother from the monster. The sound that the devil Babadook makes sends goosebumps and the scenes where Amelia is on the verge of exploding owing to Samuel’s behaviour will make one feel anger and sorry for the mother.
The Possession 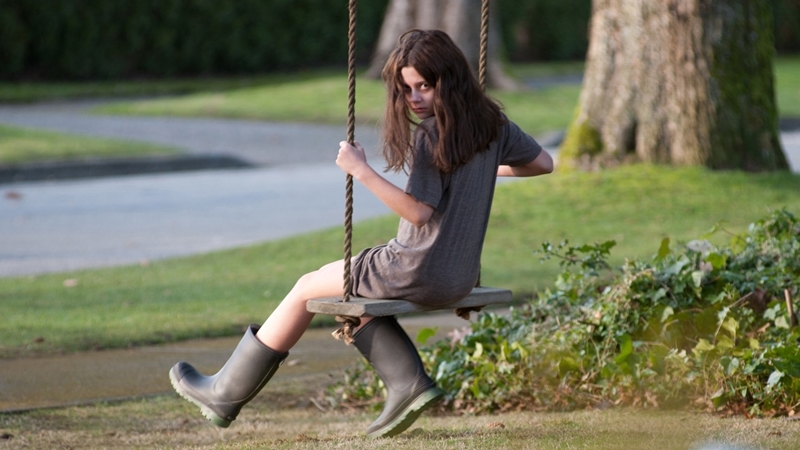 If Mama, The Conjuring, The Babadook were about the mother-child relation amidst supernatural occurrences, The Possession is about a father’s fight in bringing his daughter back from the devil’s clutches. During a yard sale, Emily (Em), Clyde’s elder daughter picks up an old wooden box with Hebrew inscription. Inside the box she finds a tooth, a dead moth, a wooden figurine, and a ring, which she starts wearing – and all hell breaks loose. Em becomes sinister towards others. Her behaviour alarms Clyde when Em tells him the woman in the box (which is revealed to be a dybbuk box that dates back to the 1920s and contains a dislocated spirit as powerful as a demon). Clyde reaches out to a Jew named Tzadok, who helps Clyde in exorcism. Clyde is ready to go to any length in saving his daughter, even if it means sacrificing his life.
Insidious Chapter 1 & 2 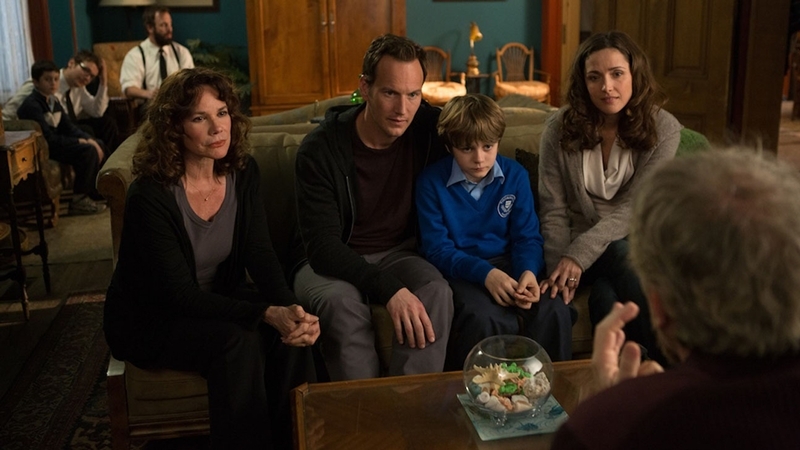 Josh and Renai Lambert, along with their sons Dalton and Foster and infant daughter Kali, move into a new house. While Dalton is exploring the attic one night he falls down and slips into a coma. While Dalton lies in coma, Renai starts experiencing strange occurrences in the house. Josh ignores Renai’s pleas, leaving her alone in the house and staying back till late in the school under the pretext of extra work. Josh finally decides to move out when a figure attacks Renai. But moving to a new place proves pointless, as the supernatural follows them to the new house as well.

Josh’s mother, Lorraine, calls demonologists Elise Reiner, Specs, and Tucker to help Josh and Renai. Elise reveals to the family that Dalton is actually not in coma but has mentally travelled to the astral plane – a power he has inherited from his father at birth. In the first part we see Josh travelling to the spirit world to rescue his son, in the second part, Dalton goes to the other side to save his father. Though the first chapter can be seen as a standalone, it is better to watch the second to get a better perspective into Josh’s childhood.

Sinister 1 & 2
What makes the Sinister series unsettling is the use of children to kill off their families and recording the doing while they are at it. They are lured by ghosts of children into watching footages of families being murdered. These ghosts (governed by an evil spirit) coax the children into finding unique means and ways of killing their family to please the demon. There’s no guilt or remorse in the children (of course they are under the spell of the demon) while they are carrying out the gruesome acts.