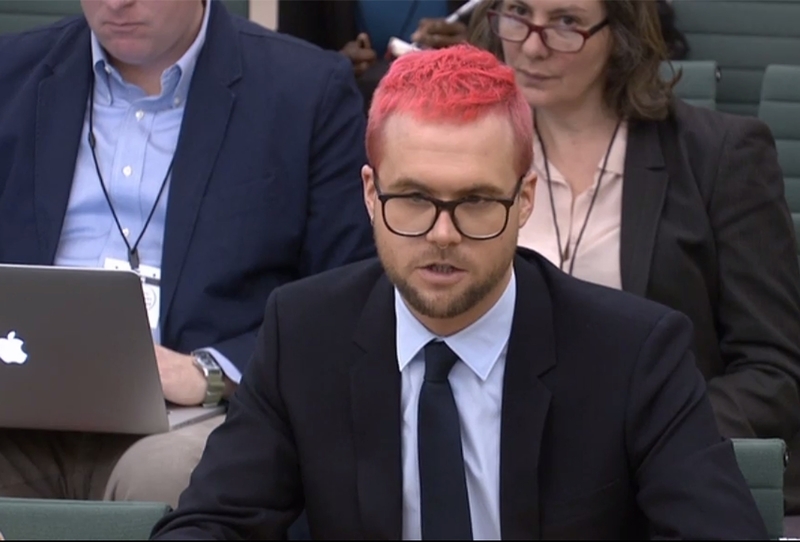 London: The ‘data theft’ controversy seems to be recoiling in the face of Rahul Gandhi. On Tuesday, Christopher Wylie, who blew the whistle on the misuse of user data obtained from Facebook by his former employers Cambridge Analytica, on Tuesday told British lawmakers that the Congress party was a client of the data consultancy firm.

While deposing in front of UK lawmakers, Wylie said “I believe their client was Congress. I know that they have done all kinds of projects. I don’t remember a national project but I know of their projects regionally. India is so big that one state can be as big as Britain. But they do have offices there, they do have staff”.

Union Minister Ravi Shankar Prasad lost no time in latching onto the controversy and called on Rahul Gandhi and the Congress party to apologise to the nation. However, the Congress is still refuting the claim made by Wylie. Party spokesperson Randeep Surjewala addressed the media right after Prasad’s allegations and said, “Ravi Shankar Prasad is a liar. He is in power, so why doesn’t he show all the proof and register an FIR. We challenge you. They fear they will be exposed if a probe is started.”

Twenty-eight-year-old Wy -lie was deposing before British Parliament when he reiterated the allegations against CA. He told them that the company’s approach was more like a “modern day colonizer” that worked and influenced elections  in several countries, including India.

“They are examples of what the modern day colonialism looks like, you have a wealthy company from developed nation going into an economy or democracy that is struggling and takes advantage of that and profits from that,” he said. “They don’t care whether what they do is legal or not as long as they get the job done…This (CA) is a company that goes around the world undermining the institutions in countries that are struggling to develop those institutions,’’ he added.

Cambridge Analytica is accused of harvesting more than 50 million user profiles on Facebook with the help of academic researcher Aleksandr Kogan, without any consent from users, allegedly playing a role in the 2016 US presidential election, seeing Donald Trump through victory.

As the scandal unravelled, both the BJP and the Congress have levelled serious allegations of ‘data theft’ and voter influencing against each other.  Last week, the BJP had questioned links between the Congress and Cambridge Analytica. Taking a stern view of reports on the misuse of user data obtained from social media platform Facebook, the IT Ministry in a statement said that “breach of privacy cannot be tolerated”.