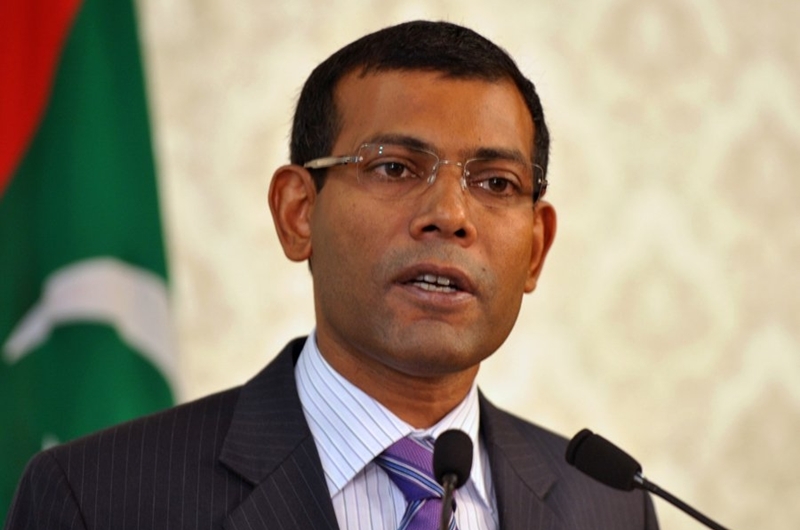 Male: Maldives’ former President Mohamed Nasheed, who was in self-imposed exile in London for two years, returned to the atoll nation on Thursday and was welcomed by hundreds of supporters and political leaders. After the Supreme Court ordered a stay on his arrest and a 13-year jail-term in 2015, the chief of the Maldivian Democratic Party (MDP) arrived at Velana International Airport at 2.30 pm from Colombo with his wife Laila Ali and fellow MDP member and President-elect Ibrahim Mohamed Solih.

Dressed in his trademark yellow tie, marking the MDP colour, Nasheed was received by his mother Aabidhaa, party number two Shifaz Mohamed and many lawmakers and politicians, Efe news reported. Nasheed was set to travel on a speedboat from the airport island of Hulhule to the capital, along with a fleet of boats with dozens of supporters.

He will then head to the MDP campaign hall to address his supporters before holding a Press meet. Nasheed is scheduled to travel to Addu on Saturday to meet supporters. The first democratically-elected President of the country was forced to resign in 2012, and three years later in a widely-criticised trial, was sent to jail for 13 years the illegal detention of a judge during his term.