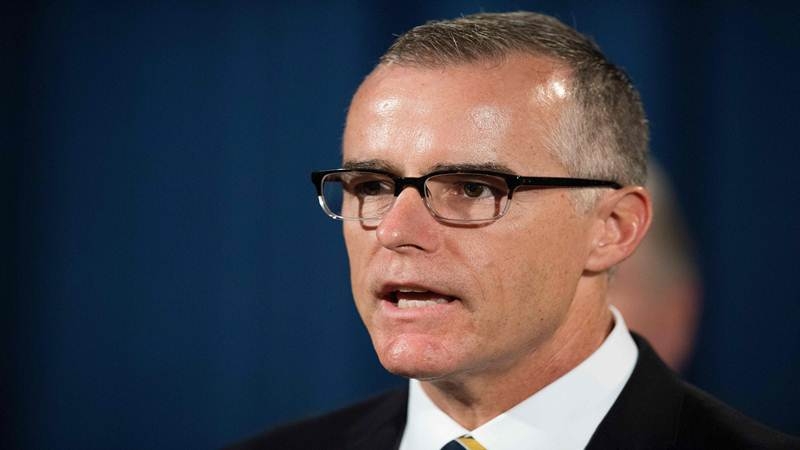 Washington D.C.: The US Justice department dismissed the former FBI deputy director Andrew McCabe on the grounds of lying to the investigators, reviewing the probe of former US Secretary of State Hillary Clinton’s email server case.

“Pursuant to Department Order 1202, and based on the report of the Inspector General, the findings of the FBI Office of Professional Responsibility (OPR), and the recommendation of the Department’s senior career official, I have terminated the employment of Andrew McCabe effective immediately,” Attorney General Jeff Sessions said in a statement as quoted by the Fox News.

Sessions further said, after conducting an extensive investigation and following the procedures of the Department of Justice, the Office of the Inspector General, headed by Michael Horowitz, have filed its report. The report filed allegations of misconduct by McCabe to the FBI’s Office of Professional Responsibility.

In 2009 when Hillary Clinton served as the Secretary of State, she allegedly used her personal email address to send work-related documents, which also included certain classified information in connection with the White, House thus breaching the security and the laws governing the US president house.

The FBI’s OPR reviewed the report and additional documents while issuing a disciplinary proposal that recommended the dismissal of McCabe.

“All FBI employees know that lacking candor under oath results in dismissal and that our integrity is our brand”, Fox quotes the FBI proposal.

It was concluded that McCabe made an unauthorised disclosure to the news media and lacked condor while being under oath on multiple occasions.

The reportn said that McCabe was “removed” from his post as deputy to FBI Director Christopher Wray in January, setting in motion a plan to leave the bureau after months of conflict-of-interest complaints from Republicans, including President Donald Trump.McCabe was fired just days before he would have been eligible for a lifetime pension.