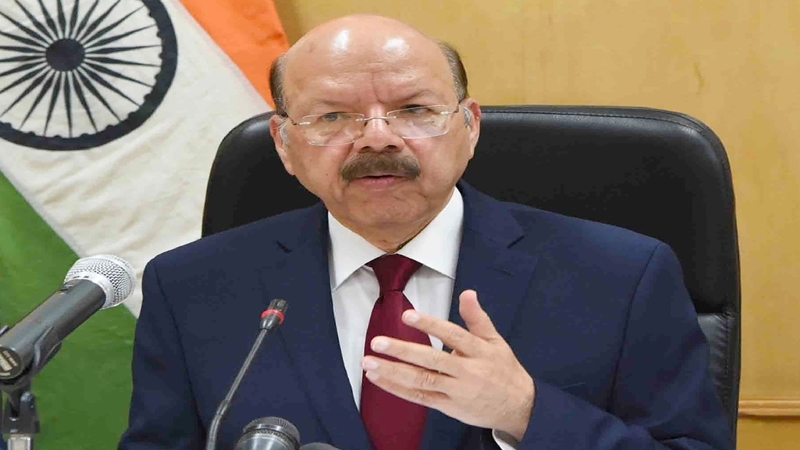 New Delhi: The Election Commission today told the Supreme Court that it will be able to conduct the Gujarat assembly elections, due late this year, using EVMs with paper trail.

A bench headed by Chief Justice J S Khehar accepted the submission of Election Commission of India (ECI) and disposed of the plea seeking direction for use of Voter Verified Paper Audit Trail (VVPAT) machines in Gujarat assembly polls.

“ECI in its affidavit has said that it will conduct the Gujarat polls using VVPAT. We are satisfied by the submission. The petition is disposed of,” the bench also comprising Justices Adarsh Kumar Goel and D Y Chandrachud said after the ECI’s counsel apprised it of the poll panel’s stand.

The VVPAT machine is connected with EVMs and dispenses a paper proof for the voters so that they can verify that their vote is cast correctly. The court, however, posted other matters connected to use of VVPAT in polls for tomorrow on the plea of petitioners.

“If the adjournment is without any reason, there will be consequences. You can’t waste the court’s time,” the bench said.

In its affidavit, the EC has said it will be able to conduct the upcoming Gujarat assembly polls using EVMs with paper trail if it gets 73,500 VVPAT machines by September from the manufacturers. The poll panel maintained that Electronic Voting Machines (EVMs) currently used for conducting Lok Sabha and assembly elections in the country cannot be tampered with.

It told the apex court that around 70,000 VVPATs units would be required for the Gujarat polls scheduled later this year.

“If the said consignment of VVPATs is delivered on time, the Election Commission expects to be able to conduct the elections to the Gujarat legislative assembly completely with the use of VVPATs,” the poll panel told the apex court in its affidavit. The ECI said that currently it was in possession of 53,500 VVPAT units.

“It is pertinent to point out herein that the Election Commission of India (ECI) currently has 53,500 of VVPAT units in its possession and the number of VVPAT units required for conducting election to the Gujarat legislative assembly is 70,000 units.

It, however, said that though there has been a debate over alleged EVM tampering, “no political party or person” was able to demonstrate how these machines could be tampered with during the course of open EVM challenge. The ECI’s affidavit was filed in pursuance to the apex court’s July 6 directive asking it to file a response on the possibility of using EVMs with VVPATs in the Gujarat polls.

The apex court was hearing the plea filed by a Gujarat Patidar leader seeking the use of either ballot paper or EVMs with VVPAT for the assembly elections. Petitioner Reshma Vithabhai Patel, the convener of Patidar Anamat Andolan Samiti, which was in the forefront of the Patel quota agitation, had claimed that the EVMs were not “fully reliable, foolproof, tamper-proof or hacker-proof”.

The ECI should be asked to replace EVMs with ballot paper or to ensure VVPAT for every EVM, she had demanded.