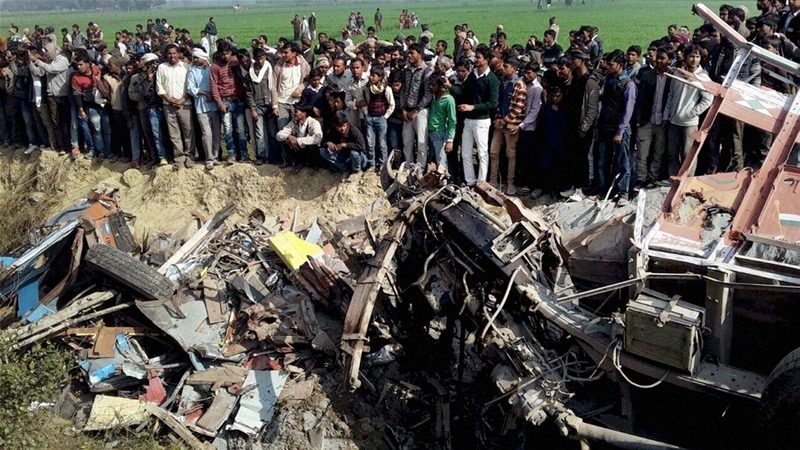 Lucknow: The deaths in the road accident in Etah of Uttar Pradesh, where a speeding truck collided with a school bus early on Thursday, rose to 25, the state police said.

More than 30 children are being treated for injuries at various hospitals, where the condition of seven is said to be critical.

The Etah District Magistrate has ordered a probe into the incident and has also cancelled the licence of the JS Public school for violating the government order to close schools from January 18 to January 21 owing to cold wave and poor weather conditions.

The bus was carrying 61 children to the school when a sand-laden truck rammed into it head-on on the Patiali Road near Aliganj.

The children in the school bus were aged 4-11 years and were students of Lower KG to Class 7.

District Magistrate Shambhunath said a case has also been filed against the management of the school for violating the orders issued on Wednesday regarding closure of schools.

The Chief Minister has asked the Divisional Commissioner and other district officials to ensure prompt and best treatment for those injured in the accident.