Enjoyed every minute: Hema Malini on 50 years in showbiz 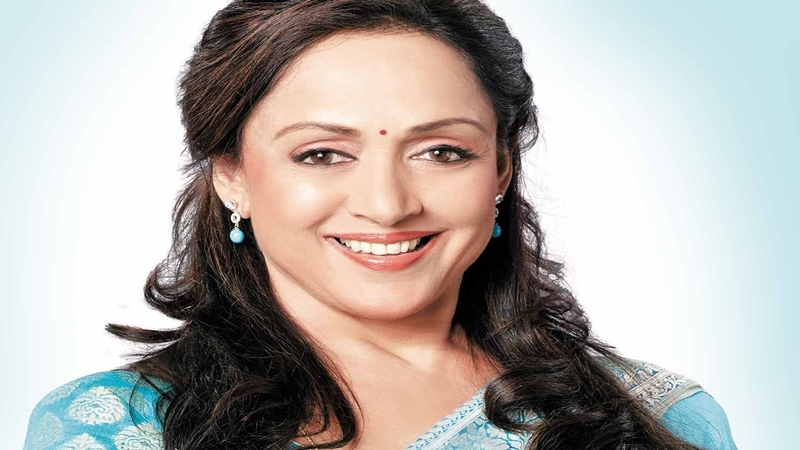 Mumbai: Veteran actress and politician Hema Malini, who celebrates her golden jubilee in the Indian entertainment industry with her biography “Beyond The Dreamgirl”, says she feels honoured to be a part of the film fraternity and has deftly spent every minute in showbiz.

As many as 50 celebrities from the fraternity including Amitabh Bachchan, Vyjayanthimala, Lata Mangeshkar, Ustad Amjad Ali Khan and Madhur Bhandarkar were part of a special video which was played at the launch of Hema’s biography here on her 69th birthday on October 16.

Hema took to Twitter on Thursday to thank all of them.

In a series of tweets, Hema wrote: “I must also thank all the 50 prominent film personalities who commemorated me on my completion of 50 years in the industry. I am honoured!

“I was simply overwhelmed when I saw the video of prominent industry people like Amitabh, Jeetendra, Subhash Goyal, Subhash Ghai, Ramesh Sippy, Juhi Chawla, Shankar Mahadevan and many more. Pamela Chopra has written about me so beautifully too. Not being too much part of the industry now.”

“Beyond The Dreamgirl” has been penned by former editor of Stardust and producer Ram Kamal Mukherjee.

Hema added: “It needed a catalyst like Ram Kamal and the book launch for me to understand the high esteem people here have for me. I feel so proud and feel so blessed to be a part of this great film fraternity and look back with sheer joy at the beautiful years I have spent here -deftly worth every min!”

An accomplished classical dancer, Hema Malini earned the tag of ‘Dreamgirl’ for her flawless beauty and became a pioneering female superstar in an otherwise male-oriented film industry.