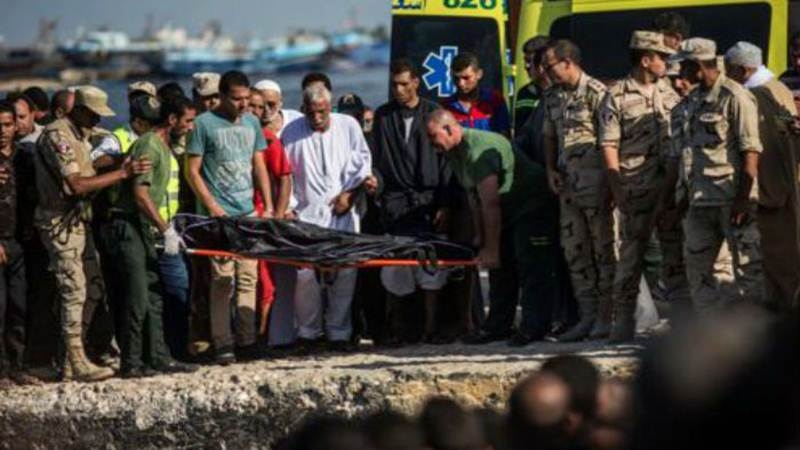 Cairo: Egypt picked up the recently sunken migrant boat on Tuesday with extra 26 bodies found inside to raise the death toll to 195 so far, state-run Al-Ahram official news website reported.

Some 164 passengers have been rescued from the tragic vessel, according to official MENA news agency. Illegal migration via Egyptian Mediterranean Sea shores rose over the past few years in attempts to reach Europe and flee difficult economic conditions in the financially-struggling Arab country, where unemployment rate hit 12.5 per cent, according to official reports.

Egyptian President Abdel-Fattah al-Sisi urged in a recent speech “both the state and the society” for joining efforts to face the phenomenon of illegal migration.

“Why do you leave your country? Is there no work in Egypt? I assure you there are job opportunities here,” said the Egyptian President in his speech addressing the youth who seek migration to Europe through illegal means.

In a previous meeting with a minor security committee including the Prime Minister, the interior minister and the general intelligence chief, Sisi ordered tougher security measures and deterrent punishments against smugglers to limit illegal migration.

An anti-illegal-migration bill had already been presented by the government to the parliament for soon approval. On Monday, the Egyptian authorities arrested the boat owner as they arrested some members of the capsized boat crew last week over human trafficking charges.