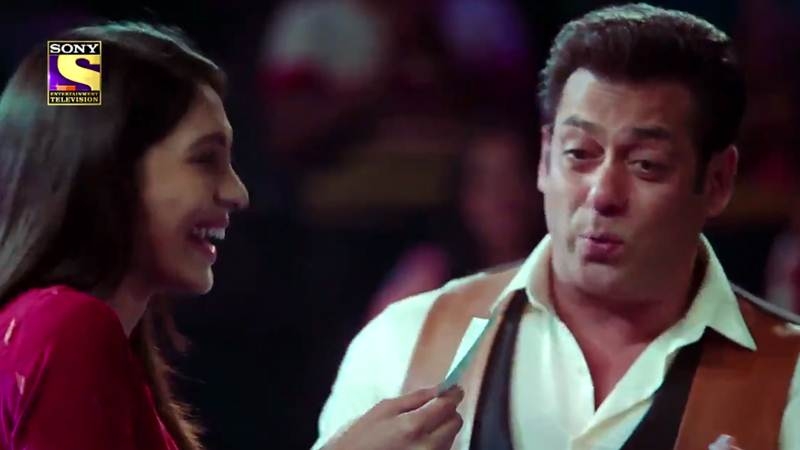 After hosting Bigg Boss successfully Salman Khan is returning back on TV with another show Dus Ka Dum season 3 which will be aired on Sony TV soon. Salman Khan took to his Twitter account and shared the first promo of the show and captioned it “Catch me soon on @sonyTv with #DusKaDum.”

Talking about the promo it is witty and funny, Salman Khan ask the lady contestant,how many percentage of men use English to impress the girls. The contestant remembers her experience and answers 80 per cent and is rewarded with a cheque.

This will be the third season of the show and all the three seasons have been hosted by Salman Khan. According to reports the show will be aired from Monday to Friday, earlier it was aired on weekends.

Salman Khan is gearing up for his next big release this Eid which is ‘Race 3’, the movie is multi starer. Apart from Race 3 the actor is also doing a movie with director Ali Abbas Zafar which is titled as ‘Bharat’.