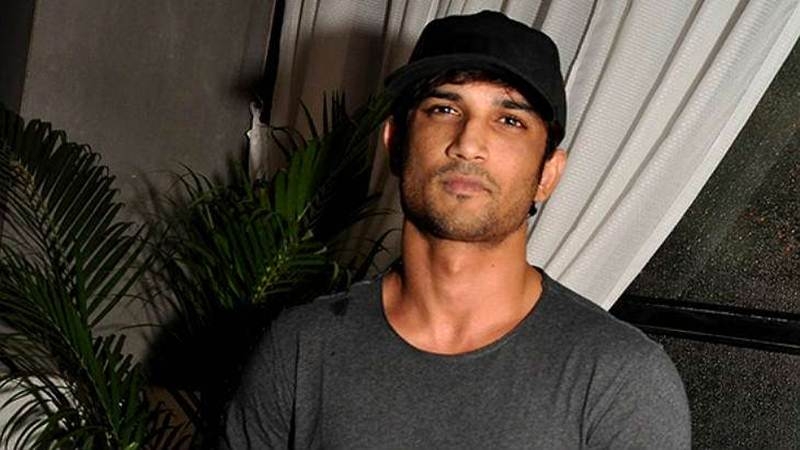 New Delhi: “M S Dhoni- The Untold Story” did wonders for Sushant Singh Rajput’s career but at the same time his behaviour at public events came under scanner. Sushant says he is not “dumb” to get affected by stardom but at the same time he is also not willing to let the opinion of other people influence his decisions. “After ‘M S Dhoni…’ people started saying I turned arrogant but people see things the way they want to. I am not bothered by what others feel about me… I know how I am and how I want to be,” Sushant told PTI.

“Dumb people get affected by stardom. I would like to believe that anybody who is slightly intelligent will understand that apart from the actor, there are so many other parameters deciding the success of a film and making an actor a star.” Recently a clip of Sushant losing his cool on a journalist, when she asked him about the Kulbhushan Jadhav issue, went viral. The actor refused to comment on the same and got involved in an argument with the media person.

Sushant, 31, says he is not a “people pleaser” and will only comment if he is aware about a particular topic. “I take the responsibility of everything I do. If I am asked some question I will say what I feel, not what somebody else wants to listen. I am not a people pleaser. I will not endorse a popular opinion just for the sake of getting an acknowledgement. I will be extremely confident in putting forward my version of things.”

Sushant says he became rich and famous during his television days and he would have continued to do that if money was his endgame. “We define success on money and fame. They are taken way too seriously. Initially, money and fame were important to me as well. It was a big high when it started happening, but I got used to it during my TV days. Thankfully, I was doing something which I really liked (acting), otherwise I don’t know what I would have done with my career.”

The actor eventually left his TV show “Pavitra Rishta” and made an impressive Bollywood debut with “Kai Po Che!”. “I dropped out of my college and started doing theatre and TV happened on its own. I got used to TV and that is why I quit. I didn’t quit TV for films. I just wanted another project irrespective of the medium and ‘Kai Po Che!’ happened.”

Sushant, who has worked in films such as “Detective Byomkesh Bakshy!”, “Shuddh Desi Romance”, “M S Dhoni…” and will next be seen in reincarnation drama “Raabta”, says he wants to experiment as much as possible and does not fear failure. “I want to fail and fail for the right reasons. I really want us to be exposed to all the wonderful cinema. It is not that we don’t know right now. It is because we are very fearful. I am just trying to break through that shackle and till now I have survived.”

The actor says he will also not shy away from returning to TV or theatre if things do not work for him in movies. “I know that box office numbers matter and if my films fail, which is a high possibility as I keep doing things that I don’t know, I will go back to TV or theatre.”