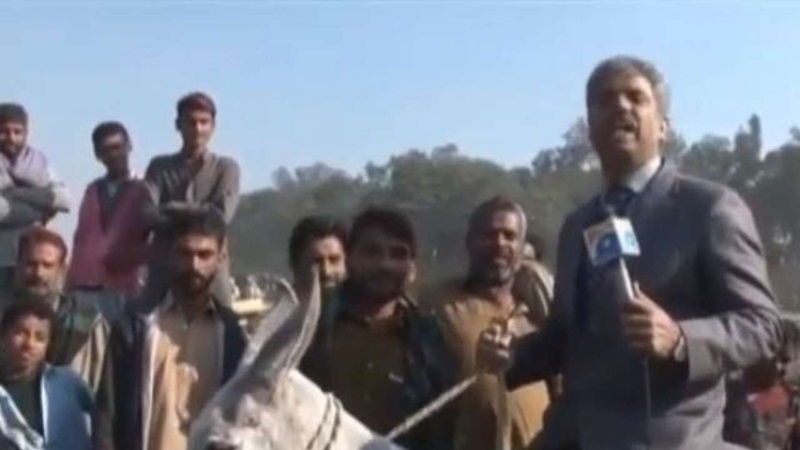 In the video which is doing rounds on social media, it is seen that Amin Hafeez, who works with Pakistan’s Geo News, sat on a donkey while reporting about the growing donkey business in Lahore. Hafeez is seen sitting on a donkey with a mic on his hand and speaking to the camera.

Donkey business flourishing in Lahore and look at the way my old Freind Amin Hafeez reporting donkey business by risking his life pic.twitter.com/FHYuQrYOqP

The news report suggests that Lahore has the third largest population of donkeys in the world and the donkey-owners are quite satisfied with the business they are making every day. The video, towards the end of which the reporter falls off from the donkey, is doing rounds on social media and even the Twitterati could not stop reacting to it.