Don’t want think too much about my future, says Ajinkya Rahane on opening 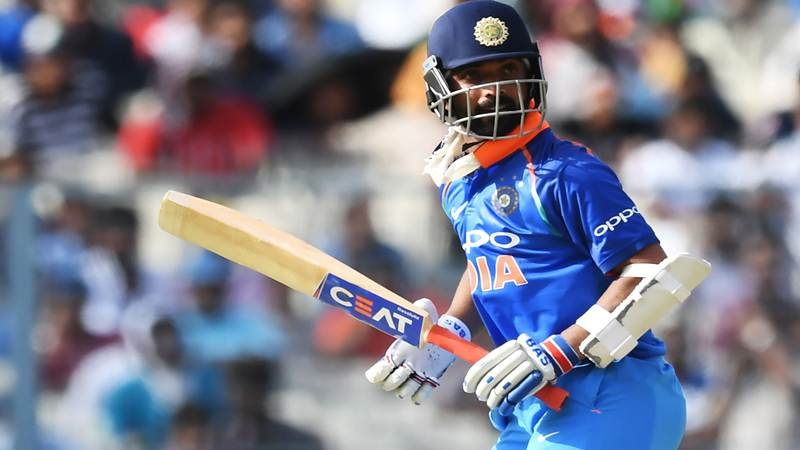 Indore: Ajinkya Rahane has adjusted to his role as a stop-gap opener in ODIs and he does not want to dwell too much on his future in the format once first-choice opener Shikhar Dhawan is back from his sabbatical.

After getting ‘Man of the Series’ award in the West Indies, Rahane only got to play one game against Sri Lanka after Shikhar Dhawan left to attend his ailing mother. In the ongoing series also, Dhawan could not be with the team due to his wife’s surgery in London and Rahane was again asked to open the innings.

“I don’t think about the future. I do my best whenever I get my opportunities. That’s what matters. I always think about staying in the present. When Shikhar comes back, we all don’t know what’s going to happen. For me, important thing is to give my all for the team,” Rahane said before India’s practice session on the eve of third ODI against Australia.

“So the best thing for me is to stick to my gameplan and if I get opportunities, try to do my best for team. Every time you can’t think about hundreds, even if you get crucial 45-50, or 70 runs for your team, that is what matters. I always want to do that,” Rahane said.

“It’s completely mental (adjustment). The good thing in this team is anyone can bat at anywhere. We have that flexibility. I have batted at top, numbers 3,4 and 5. It’s important to handle that situation and utilize that situation. If you adjust in mind, you can adapt anywhere.”

India spinners Kuldeep Yadav and Yuzvendra Chahal have been the centre of attention in this series after their exploits in the first two matches. Rahane said what makes them special is they are choking the Australian batsmen as well as taking wickets.

“It’s a good sign that they (Australians) are not able to pick them. They both are quality spinners, did well in domestic circuit. They are actually improving day by day. In ODI cricket, if you are taking wickets in middle overs and not giving runs at the same time, it’s good to have them. They are not taking things for granted and that’s a good sign.”

Rahane also dismissed criticism that Manish Pandey and Kedar Jadhav have not done well in this series.

“They have just played 2 games. They did well in Sri Lanka. The team management is backing them. It’s important to give confidence to your players. As a professional, you score sometimes, you fail sometimes.”