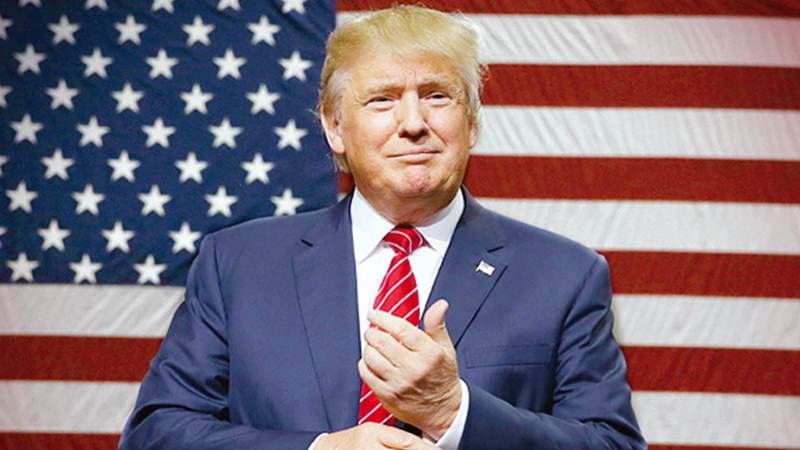 New York: President-elect Donald Trump has said that Russia and its President Vladimir Putin would be assets in fighting the Islamic State terror organisation, which he called the “number one” issue, and blamed President Barack Obama’s policies for creating a void in the Middle East that gave it room to grow.

In his first news conference as President-elect on Wednesday that was slim on foreign policy, a recurring theme was regaining global respect for the US. While trying to make Russia an ally in the war on terror, Trump also warned of a hardline if he had a falling out with Putin.

He said he would take a tough stand, stronger than what his Democratic rival Hillary Clinton would have.  He also seemed to admonish Putin for his role in the hacking of the Democratic Party servers, saying he shouldn’t have done that – and wouldn’t do it during his presidency.

“If Putin likes Donald Trump, I consider that an asset, not a liability, because we have a horrible relationship with Russia,” he said. “Russia can help us fight IS (Islamic State), which, by the way, is, number one, tricky (issue).”

“This administration created IS by leaving (Iraq) at the wrong time,” he claimed.

“The void was created, IS was formed.”  As for future relations with Russia, Trump said, “I don’t know that I’m gonna get along with Vladimir Putin. I hope I do. But there’s a good chance I won’t. And if I don’t, do you honestly believe that Hillary would be tougher on Putin than me?”  Moving away from his earlier position of questioning Putin’s involvement in the hacking scandal, Trump said, “He shouldn’t be doing it. He won’t be doing it.”

Projecting his tough-guy image, Trump asserted, “Russia will have much greater respect for our country when I’m leading than when other people have led it.”

He added, “Other countries, including China, which has taken total advantage of us economically, totally advantage of us in the South China Sea by building their massive fortress, total. Russia, China, Japan, Mexico, all countries will respect us far more, far more than they do under past administrations.”

He poked fun of Clinton for having given Russian Foreign Minister a red button labeled “Reset” at the start of her tenure as Secretary of State in 2009 to signify an attempt at renewing frayed ties.

“I won’t be giving a little reset button like Hillary, ‘Here, press this piece of plastic’, were relations with Putin to run into problems,” he said, adding, “There’s no reset button. We’re either going to get along or we’re not. I hope we get along, but if we don’t, that’s possible too.”