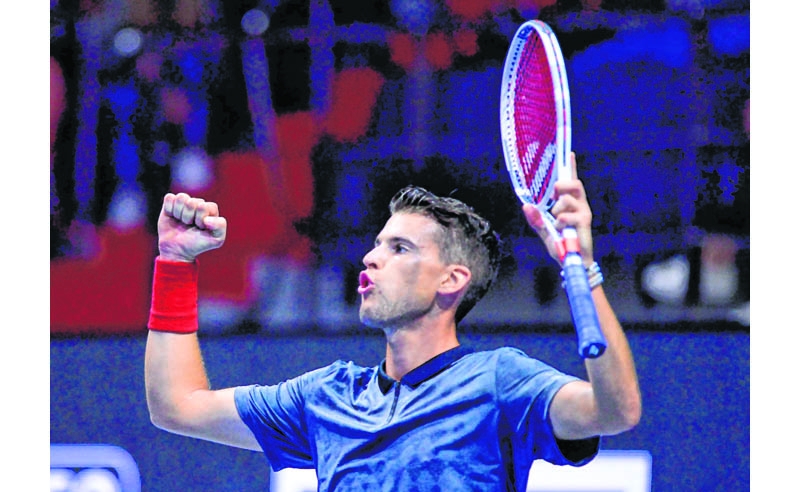 Thiem, world No. 8, needed just one hour and eight minutes to earn his first win over Klizan, world No. 65, in their fourth career match here on Sunday, reports Efe.

“I think that I was raising up my level from the first to the last match and obviously I played my best match today,” Thiem, 25, said after claiming his third title of the year. “It was pretty close in the beginning. He was playing very well at the start of the match, but then I did one break, which was very important. From this moment on, I think I had control of the match,” he added.

Thiem ended Klizan’s six-final winning streak, preventing him from becoming the first player to win his first seven title matches since the ATP World Tour began in 1990Klizan, 29, was unable to make the most of two break points he created, while he conceded his own service game four times out of seven opportunities.

“It’s a loss. I’m not very happy, but overall it was a good week for me,” Klizan said. “I had like three or four days to prepare on hard courts and the result, the final, I think it’s good.

Germany’s Zverev came from a set down to complete a 6-7 (3/7), 7-5, 10-7 over Anderson as the Europeans successfully defended the title won in Prague last year.

“It was such a close match all around, not only this one but all weekend, a few points here and there and it could have been different,” said Zverev.

“I’m just happy to get the win and we defended the title, that’s the most important thing.”        Zverev’s win was the final act of an enthralling day of action at Chicago’s United Center, where the World team had roared back into contention in the day’s first rubber.

Europe responded superbly after that early setback however, with the 37-year-old Federer returning to secure a vital three points against Isner in the first singles match of the day.

The win was testimony to Federer’s remarkable physical conditioning. The 20-time Grand Slam singles champion outlasted Isner less than an hour after he had been beaten in the day’s opening doubles game.