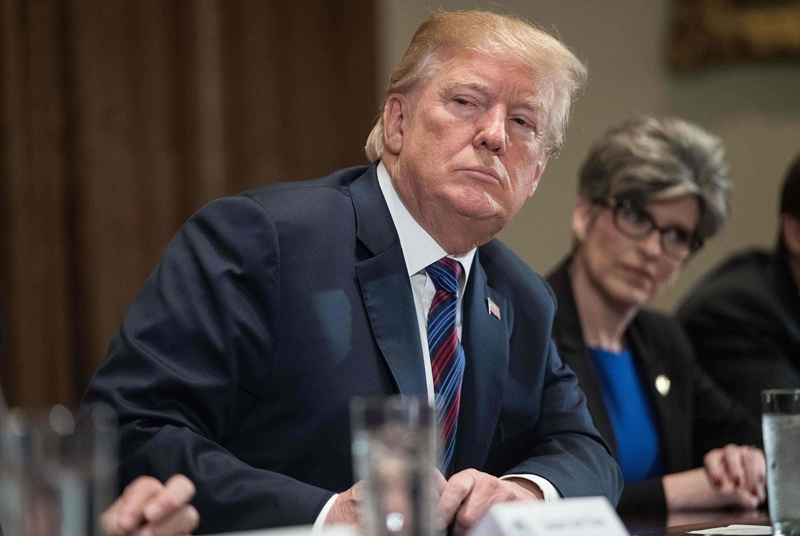 Washington: US President Donald Trump today acknowledged that he paid his personal attorney Michael Cohen as much as USD 250,000 as reimbursements for election-related expenses, apparently including a USD 130,000 payment given to adult film star Stormy Daniels who alleges she had an affair with the then presidential candidate.

The disclosure came in Trump’s annual financial form, a copy which was released by Office of Government Ethics.
The financial form, however, did not explicitly say what the payments were for.

Trump confirmed on May 3 that he had reimbursed Cohen the USD 130,000 he had given to Daniels days before the 2016 election to buy her silence over an alleged affair with the then presidential candidate.

“Mr Cohen sought reimbursement of those expenses and Mr Trump fully reimbursed Mr Cohen in 2017. The category of value would be USD 100,001-USD 250,000 and the interest rate would be zero,” it said, noting that the president is doing so in the interest of transparency, even as he is not required by law.

Cohen has said that days before the November 2016 presidential elections, he had paid USD 130,000 to Daniels for her not to go public about her intimate relationship with Trump.

Trump has denied the allegations of having any intimate relationship with the adult-film star, but recently acknowledged that he reimbursed Cohen for his payments.

The payment is under investigation by federal prosecutors in New York. The FBI has launched a wide-ranging probe into his business practices.

Cohen is under investigation by the FBI, which raided his home and office last month and seized documents that included information about the payment to Daniels.

The hush-money payment to Daniels is reportedly a focus of a federal investigation into Cohen’s private finances and business interests.

In his financial discloser form, Trump has listed assets of at least USD 1.4 billion and income of more than USD 452 million.

Vice President Mike Pence in his discloser form said that he had more than USD 100,000 in student loans for his children and USD 15,000 as credit-debit debt. He has around USD 15,000 in his bank account.