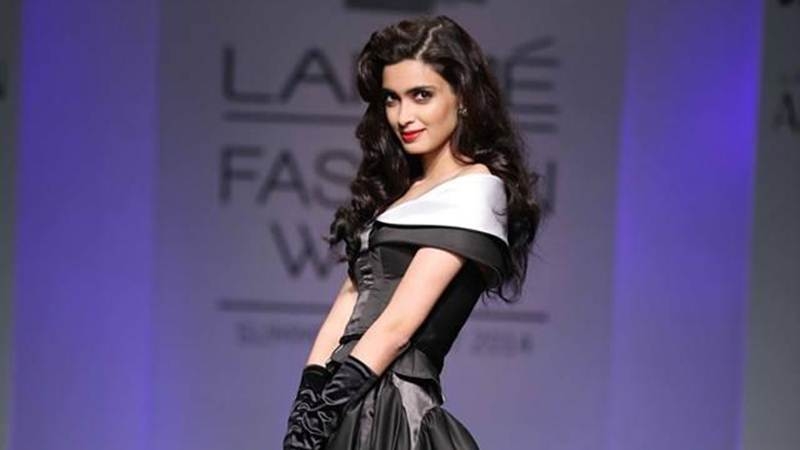 From the shy and simple Meera of “Cocktail” to the vivacious and free-spirited Happy of “Happy Bhag Jayegi”, Diana Penty, who will next be seen in its sequel “Happy Phir Bhag Jayegi”, is glad her sophomore film itself gave her a chance to break the mould and find her feet in Bollywood, where she is now in a “happy” space.

Looking back at her career, the model-turned-actress said, “‘Cocktail’ was the perfect debut, but I knew that with it came a certain standard that I had to try and live up to moving forward. So I guess there was a certain pressure to choose the right script and do the right kind of film. At that time, I was very new to the industry. I didn’t know too many people and didn’t have anyone to really guide me. It took me a while to figure out how to proceed, what direction to take – whether I should be doing a small part in a big film or an interesting role in a smaller film. Whether to follow my intuition or blindly follow what people were telling me to do, whether to stick to stories I genuinely believed in, or do everything that came my way. It was indeed a confusing time.”

But four years after “Cocktail” came out, “Happy Bhag Jaayegi” happened. “When I came across ‘Happy Bhag Jayegi’, I knew it would be the perfect second film for me. It was a funny, yet sweet story and it gave me the opportunity to play a character that was remarkably different from Meera. Since people had already labelled me as the shy, girl next door, I thought this would be a great way to give them something they weren’t expecting. When I look back now, I realise that though it took me a while to find my feet, I eventually managed to chart my own course and find a space I’m happy in,” Diana said.

She says while the Meera of “Cocktail” was a lot like her in real life, her second film gave her “the opportunity to break the mould and to prove that I could play this loud, vivacious character called Happy”. “After ‘Happy Bhag Jayegi’ released, a lot of people that knew me, my personality and my demeanour were pleasantly surprised with my portrayal of Happy. I’m generally soft spoken, very measured, and I think 500 times before I say something. But Happy was the antithesis of me. She spoke in decibels raised to the power of 500, was extremely impulsive, didn’t think twice before she spoke and was a complete ‘muhphat’. So yes, it took me a while to overcome my inhibitions and get into the skin of the character. But once I managed to do that, it was the most liberating experience of my life,” said Diana, who also featured in “Lucknow Central” last year and in “Parmanu — The Story of Pokhran” earlier this year.

Now as “Happy Phir Bhag Jayegi” — which also features Sonakshi Sinha — gears up for release next month, Diana feels excited about how the film industry has been going through a “remarkable” change for women in the last couple of years. “Women are playing more and more central characters and what’s even more encouraging is that the audience is beginning to appreciate women centric films — whether it’s ‘Tanu Weds Manu’, ‘Piku’, ‘Queen’, or ‘Happy Bhag Jayegi’. All these are stories centred around female characters and they all did well at the box office. So it definitely is an exciting time for women in films, with so many options of roles and genres of films to experiment with.”