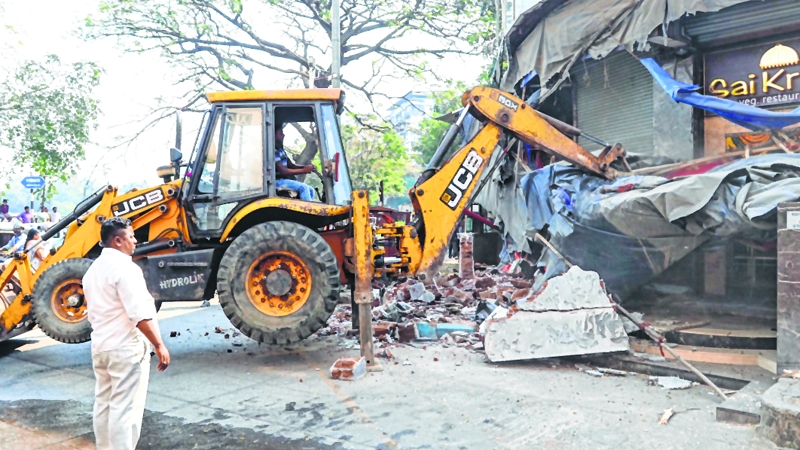 The first action has started in Naupada ward of Thane Corporation and in this action, the MH4 pub and bar ,dancing bottle pub, lounge 18 bar, where we met, bar index hookah parlours were sealed and additional illegal construction was demolished in the Kothari compound.

The hotels that were demolished are the famous joints in the city and they are Sai Krupa at Talaopali and Purpur Kolhapur at Ghantali. The additional illegal constructions done by these hotels were demolished. The Experience terrace was demolished which is near Thane station. Durga bar near Malhar cinema and Arun palace at Jambhali naka were sealed The Jayesh bar at Ramchandrnagar was demolished and Fukrey bar at Uthalsar along with three other hotels were also demolished.

“We had given the additional days to file for the fire NOCs but the hotels and pub owners have failed to apply for the same, So we are ahead with the actions that are in legal way, We will not spare any establishment that are operated without proper permissions,” said, Sanjeev Jaiswal,Thane Municipal Commissioner who was present at the demolition drive.

While the fire department claims that none of the hotels will be given an extended deadline, the hotel association blames the stringent checklist set by the department to get NOC for the delay.