Be ready for Odd-Even in Delhi, impose restrictions till January 31: Pollution board 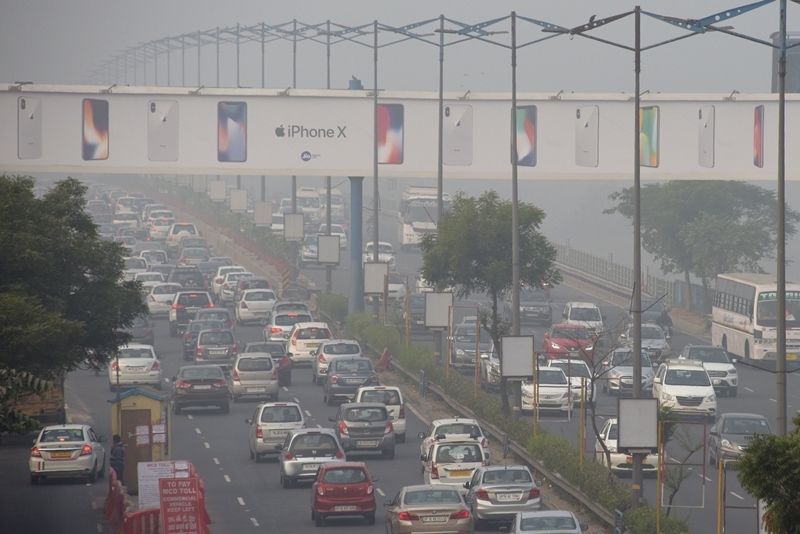 New Delhi: A CPCB-led taskforce today recommended the closure of all coal-based industries operating in Delhi-NCR for a fortnight from January 15 to contain air pollution during the upcoming ASEAN summit here. The taskforce, formed under the Centre-notified Graded Response Action Plan (GRAP), made the recommendation to the EPCA as part of a series of proposals in light of pollution touching ’emergency’ level again.

The ASEAN summit is scheduled to take place between January 19 and 30 in the national capital. The EPCA (Environment Pollution – Prevention and Control Authority) also wrote to the chief secretaries of Delhi, Haryana, Uttar Pradesh and Rajasthan to gear up for another round of action under the ’emergency’ category of the GRAP, which includes the odd-even scheme.

The CPCB taskforce, after reviewing the situation, also recommended that the states show readiness for implementing the road-rationing scheme for private vehicle except emergency services. Health expert T K  Joshi, a member of the taskforce, told PTI that recommending closure of the coal-based thermal power plants in the region was also on the table but a decision was put off for the time being as it may be counterproductive.

Also Read: Delhi Pollution: Air quality back to ‘severe plus or emergency’ across NCR

“It may lead to a power crisis and subsequently may trigger large-scale use of diesel-generator sets which are already banned. We will constantly review the situation, which may persist for a few more days,” Joshi said. At 2 pm today, the concentration of PM2.5 was 320.9 microgram per cubic metre (ug/m3), while PM10 was 496 ug/m3, four units short of the emergency limit of 500 ug/m3. At 6 pm, the corresponding readings were 314 and 487 ug/m3.

Under the Centre-notified Graded Response Action Plan (GRAP), pollution is considered severe plus or emergency when readings of ultrafine particulates PM2.5 or PM10 are above 300 and 500 ug/m3 respectively. Measures listed under the emergency category are rolled out when these conditions prevail for 48 hours at a stretch.

“Task Force reviewed air quality situation for Delhi NCR. Continuous ‘Severe +’ air quality is noted since 0700 Hrs (December 21, 2017) and IMD has forecast low winds and moderate/dense fog in morning,” as per the minutes of the meeting. If the EPCA notifies the emergency action plan, which was done during the November smog episode, measures including a ban on entry of trucks, construction activities and the odd-even scheme may have to be enforced in the city. In the first round, these measures were imposed on November 8 and withdrawn on November 16 after the smog lifted.

The latest spell of pollution started on the night of December 19. Since then, the pollution graph has steadily risen, mainly due to a drastic fall in wind speed which is preventing dispersion of pollutants.