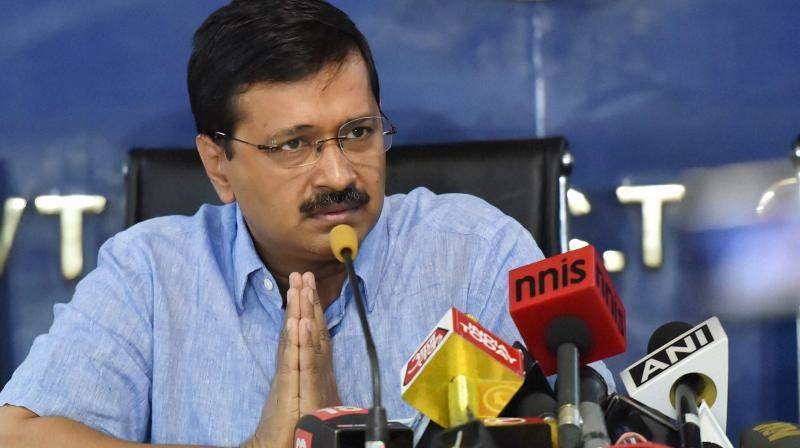 New Delhi: The Delhi Police today questioned Chief Minister Arvind Kejriwal’s private secretary and a junior engineer of the Public Works Department in connection with an alleged assault on Chief Secretary Anshu Prakash in February, a senior police officer said. The police got the forensic report of the hard disk of the CCTV cameras installed at Kejriwal’s Civil Lines residence last week.

According to the report, the time displayed on the CCTV cameras on the night of the alleged attack was nearly 40 minutes behind the actual time. A senior police officer said after going through the report, they called Bibhav Kumar, Kejriwal’s private secretary, and a junior engineer of the PWD, who was in charge of maintenance of the CCTV cameras.

“The forensic report did not mention whether the cameras were tampered with or the time was changed when the attack took place. The junior engineer was questioned about the time lag — whether it was deliberate or a system error,” an officer, who is privy to the probe, said.

Kumar, who was questioned by the police in April also, was quizzed again at the Civil Lines police station today to ascertain whether the attack was pre-planned and also about the CCTV cameras. Kumar and the junior engineer were sent notices today and the questioning began at 12 noon.

On February 23, the police had examined the CCTV system at Kejriwal’s official residence and seized the hard disk. Fourteen of the CCTV cameras were found to be functioning, while seven were not.

Prakash was allegedly attacked during a meeting at the chief minister’s residence on February 19. The police had said Kejriwal was present at the time of the incident.

Kejriwal, Deputy Chief Minister Manish Sisodia, 11 Aam Aadmi Party (AAP) lawmakers and V K Jain, the chief minister’s former advisor, all of whom were present at the time of the incident, have been questioned by the police.

Two AAP lawmakers — Amanatullah Khan and Prakash Jarwal — were arrested in the case and later released on bail.

The alleged attack on Prakash had triggered a bitter tussle between the Delhi government and its bureaucrats. The government had accused the IAS officers of boycotting meetings with the ministers. The IAS officers had denied the accusation.