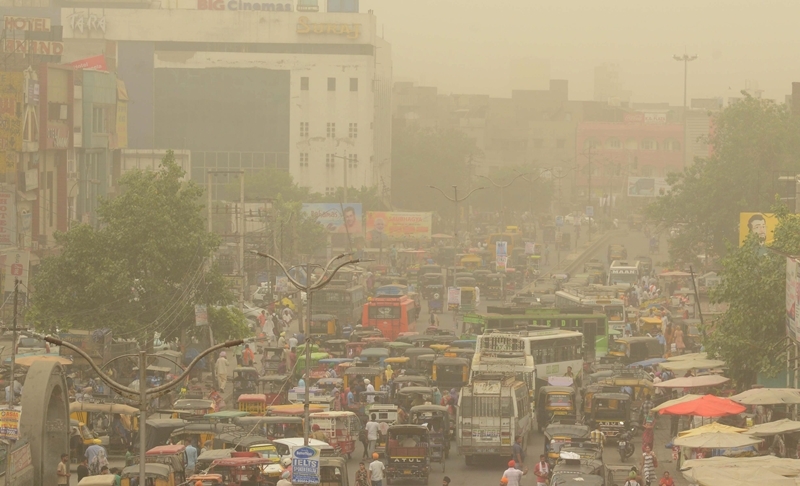 Delhi is facing its highest pollution level since Diwali. The city’s air quality remained in the ‘severe’ category for the third consecutive day on Monday as the wind speed and other meteorological factors remained “highly unfavourable” for dispersion of pollutants.

The Delhi Pollution Control Committee said the ban comes into force from Monday itself and it is sending letters to industries and construction authorities to immediately halt the activities. The EPCA directed the traffic police to deploy special teams and ensure congestion-free traffic flow, particularly in identified high traffic corridors.

“The ventilation index which allows dispersion (of pollutants) is extremely poor and it is expected that these conditions will prevail for the next two days,” Lal said in the letter.

In light of this and the expected weather conditions for the coming few days, the Central Pollution Control Board (CPCB) task force has made these recommendations, which, the EPCA directs, should urgently be complied with, he said.

On Monday, Delhi’s air quality was recorded at 449 which falls in the ‘severe’ category, the CPCB said. Thirty-two areas in the city recorded ‘severe’ air quality while it was ‘very poor’ in five areas, it said.

In NCR, Noida recorded the worst air quality with an AQI of 464. Faridabad and Ghaziabad also recorded ‘severe’ air quality, data showed. The overall PM2.5 level — fine particulate matter in the air with a diameter of less than 2.5 micrometre — was recorded at 410 and the PM10 level at 585 here, the CPCB said.

Delhi’s air quality turned ‘severe’ on Saturday. The national capital recorded its second-highest pollution level of the year on Sunday with an AQI of 450. According to the Indian Institute of Tropical Meteorology (IITM), the air quality is likely to improve on Tuesday but will remain in the upper end of the ‘very poor to severe’ category.

“The wind speed and ventilation index are highly unfavourable for dispersion of pollutants,” it said.