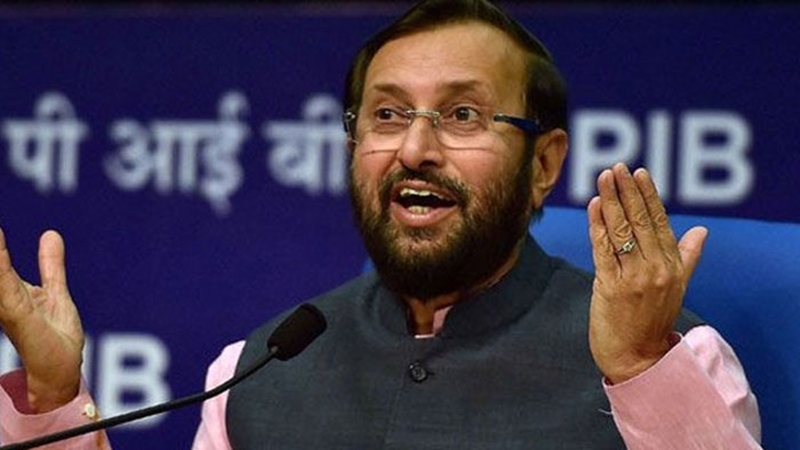 Singh said in Aurangabad last week that Charles Darwin’s theory of evolution was “scientifically wrong” and needs to be changed in school and college curricula, sparking a row with over 2,000 scientists condemning the remarks.

Intervening in the row over the remarks, Javadekar said there are no plans for a national seminar to prove Darwin wrong.

“I have discussed the matter with my MoS and I have asked him to refrain from making such comments. We should not dilute science. This is the advice I have given him,” Javadekar told PTI.

“We are not going to fund any event or don’t have any plan for a national seminar to prove Darwin wrong. It is the domain of scientists and we should let them free to continue their efforts for progress of the country,” he added.

Singh, an IPS officer-turned-politician, had made the comments at the ‘All India Vaidik Sammelan’ in Aurangabad.

“Nobody, including our ancestors, in written or oral, have said they saw an ape turning into a man… Humans appeared on Earth as humans from the very beginning,” he had said.

The minister reiterated his comments in Guwahati yesterday, calling for an international debate on the issue.

“There is no scientific dispute about the basic facts of evolution. It would be a retrograde step to remove the teaching of the theory of evolution from school and college curricula or to dilute this by offering non-scientific explanations or myths,” it said.