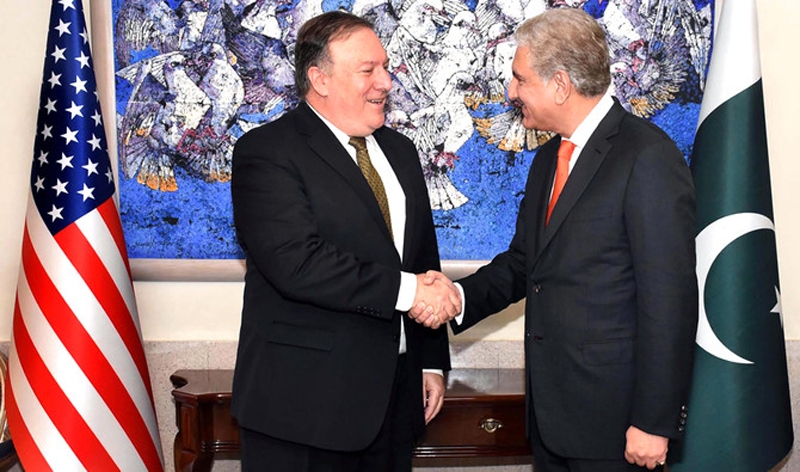 Islamabad : US Secretary of State Mike Pompeo met Pakistan’s new Prime Minister Imran Khan on Wednesday and pressed him “to do more” to rein in the terror groups operating from the country’s soil, days after the Trump administration cancelled $300 million in military aid to Islamabad.

Pompeo, the former CIA chief who was on his first visit to Pakistan as the top American diplomat, told Khan he was “pleased” with his meeting with Foreign Minister Shah Mahmood Qureshi earlier in the day.

This was the US’s first high-level talks with Pakistan since the new government of PM Khan assumed office after the July 25 elections and comes days after the US cancelled $300 million in military aid to Islamabad for not doing enough against terror groups active on its soil.

Later, Foreign Minister Qureshi told reporters that the Pakistani perspective was presented responsibly to the US delegation.