Amidst the various forms of arts, singing is one art that is loved by almost everyone one. One may hardly find a person who dislikes music. Singers add various emotions to the life of the audiences with different lyrics and genres they inculcate in singing. Another important thing apart from the entertainment music gives us is the language in which it is sung.

Languages make a different impact on the listeners of music and our singers have excelled this art nicely. We have various singers in Bollywood who apart from giving us hit songs in Hindi can also sing in various other languages. Have a look and get ready to be surprised.

Alka Yagnik: She is a record seven-time winner from a record of 36 nominations of the Filmfare Award for Best Female Playback Singer and one of the evergreen playback singers Bollywood has. The singer is classically trained and began singing bhajans for Akashvani (All India Radio), Calcutta when she was only six years old. Her first song was for the film ‘Payal Ki Jhankaar’ in (1980), followed by ‘Laawaris’ (1981) with the song “Mere Angane Mein” after which she got her first break with the song “Ek Do Teen” in the movie ‘Tezaab’ which got her the Filmfare Award for Best Female Playback Singer. She has sung in many languages other than Urdu Hindi, including Gujarati, Avadhi, Odia, Assamese, Manipuri, Nepali, Rajasthani, Bengali, Bhojpuri, Punjabi, Marathi, Telugu, Tamil, English and Malayalam. The singer predominantly sings for the Hindi language and has given us many hit songs like the recent “Baby ko Bass Pasandhai” has established herself as one of the leading playback singers in Bollywod. Shalmali made her debut in the year 2012 with the romatic track “Pareshaan” from the movie Ishaqzaade which was a super hit. The singing sensation has also won the Filmfare Award for the Best female playback singer. She also sings for the South Indian films, most notably in the Marathi, Telugu, Tamil and Bengali languages and has given many super hit songs in the South too. The singing sensation is often known regarded as the leading lady in playback singing.  She performing in local gatherings at the age of four and made her career debut at the age of 13, with the film Shastra. The singer has had an amazing career in Bollywood with many super hit songs and the audiences has loved every bit of it. Apart from Hindi the singer has also sung in Telugu, Tamil, Kannada, Urdu, Punjabi, Marathi, Bengali, Oriya and has excelled in it too. 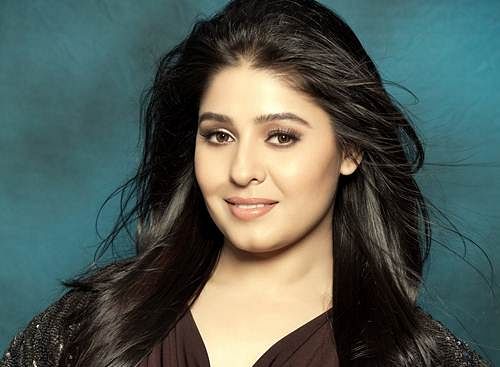 Shreya Ghoshal is an Indian playback singer and has won many  four National Film Awards, six Filmfare Awards and nine Filmfare Awards South (one for Telugu, two for Kannada, two for Tamil and four for Malayalam) till date andstil the awards keep on adding to this list. She has recorded songs for films in various Indian languages, and has established herself as a leading playback singer of Indian cinema.  She was awarded with the highest honor in London by the selected members of House of Commons of the United Kingdom and  has been honored by the U.S. state of Ohio, where governor Ted Strickland declared 26 June 2010 “Shreya Ghoshal Day”. The singer has made her mark in Bollywood playback singing along with her international recognition. She is a legend in her own self as she has spanned seven decades in her singing career since 1942. She is one of the most renowned and respected playback singers in the country and is also an occasional composer.  India’s highest award in cinema, the Dadasaheb Phalke Award, was bestowed on her in 1989 by the Government of India. She is the second vocalist, after M. S. Subbulakshmi, to have ever been awarded the Bharat Ratna, India’s highest civilian honour. Lata started her career in singing when she was five and assisted her father in various musical plays. She can sing in various languages like Hindi, Urdu, Marathi, Assamese, Bengali, Oriya, Malayalam, Telugu, Tamil, Kannada, Gujarati, Punjabi, Konkani, Urdu, Sanskrit, Rajasthani, Bhojpuri, English, Nepali and the list goes on.