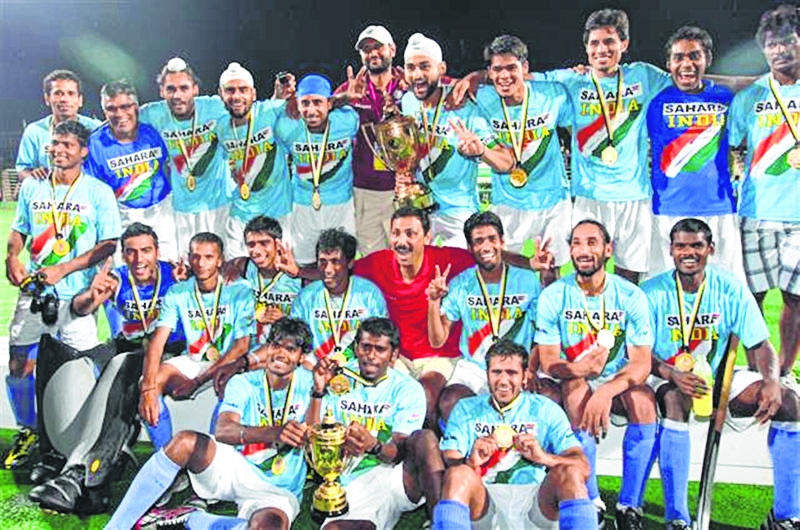 New Delhi : The age-old malady of inconsistency remained unaddressed but Indian hockey did take baby steps towards global success in 2017, a year which reaffirmed the nation’s continental supremacy in the sport.

The Asia Cup crown after a decade and the bronze at the Hockey World League Finals were the high points for India’s men’s hockey team in the year gone by, where successes at the global stage were few and far between.

For the women’s team, however, it was a year to remember. The girls won only their second Asia Cup title in October- November and by virtue of the title entered the top-10 of the FIH rankings for the first time.

Awe-inspiring at times and ordinary on occasions, that precisely sums up the Indian men’s team in 2017.

They started the year with a bronze at the Azlan Shah Cup and ended it in the same fashion — with a bronze in the season-ending HWL Final in Bhubaneswar.

In between, it was a roller-coaster ride as Manpreet Singh and Co. continued to grapple for world supremacy.

Having proved their upper-hand in Asia for quite sometime now, India were out to prove their might at the world stage in 2017 but results weren’t on expected lines when the teams travelled to other continents.

The men’s team started its international calender with the Azlan Shah Cup, where it found a new nemesis in Malaysia against whom they lost to crash out of the final.

In the tournament, India also suffered an early setback when captain and goalkeeper P R Sreejesh suffered an ACL injury and was ruled out for the rest of the year.

But by beating New Zealand to finish third, following the setbacks, came as a relief for the then coach Roelant Oltmans, who began the year under pressure after India made a quarter-final exit at the 2016 Rio Olympics.

Then came the three-nation invitational tournament in Dusseldorf, where India carved out a draw against Germany and a win over world No.3 Belgium.

India also had mixed results during the tour of Europe, where they won a couple of Test matches against World No.4 Netherlands and Austria.

Those results were looked upon as good practice for the Hockey World League Semi-Finals up next, but their campaign in London was a disaster as they slumped to defeats against lower-ranked Malaysia and Canada to finish a disappointing sixth.

As expected, the defeats against lower-ranked sides cost Oltmans his job and the under-performing senior players their places in the national team.

The 63-year-old Oltmans was replaced by his Dutch compatriot Sjoerd Marijne, who shifted base from the women’s team to the men’s side.

Indian hockey entered a new era with Marijne’s entry and the Dutchman struck gold in his first assignment — the Asia Cup in Dhaka — where the team won a gold after a hiatus of 10 years.

In between, Manpreet Singh took over as captain of the side and slowly became the epicentre of Indian midfield, replacing experienced Sardar Singh, who had a troubled year.

With age not on his side and troubled by the questioning by British police in London during the HWL Semi-Final over a complaint by his former girlfriend, Sardar lost his mojo on the turf and was slowly shown the door in favour of younger players in the HWL Final.

India also defeated Pakistan twice in 2017 and by doing so, recorded their seventh successive win against the arch- rivals.

Marijne might have tasted success in his maiden test, but the real challenge awaited the Dutchman at the HWL Final in Bhubaneswar.

But as has been the case, inconsistency came back to haunt the Indians as they slumped to defeats against England and Germany.

In the quarterfinals, India faced Belgium and the hosts came up with their best performance of the year, beating the World No.3 side in the shoot-out.

India, however, lost 0-1 to Olympic champions Argentina on a rain-drenched Kalinga Stadium turf in the semis before getting the better of a depleted German side in the bronze- medal match.

The result made Marijne the first foreign hockey coach to finish on the podium in his first two assignments.

For the women, the Asia Cup crown enabled them to qualify for the 2018 World Cup on merit.

The Asia Cup title also gave the junior World Cup-winning coach Harendra Singh his first triumph as in charge of the women’s team.

In between, the Indian girls won a gold at the HWL Round 2, but finished eighth in the HWL Semi-Final in Johannesburg, thereby failing to qualify for the HWL Final in Auckland, New Zealand, unlike their male counterparts who were lucky to steal a place by virtue of being the hosts.

But as curtains slowly drew on 2017, a ray of hope shone brightly for a packed 2018, a big year for Indian hockey with the Commonwealth Games, Asian Games and World Cup lined-up.