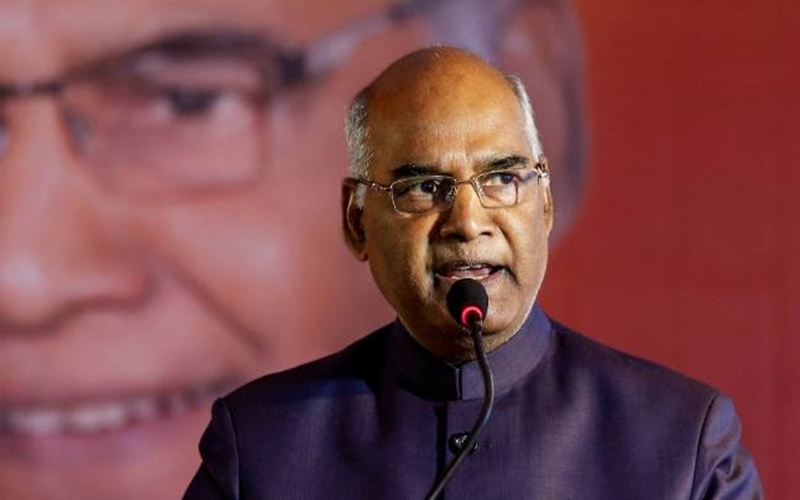 New Delhi: On the Occasion of Inauguration of Constitution day Celebrations, President Ram Nath Kovind said that Indian Constitution rests on three pillars, namely – liberty, equality and fraternity. “Our Constitution rests on three principles or pillars – liberty, equality and fraternity. It is critical to keep their intricate and delicate balance in mind when exploring the relationship between the three branches of the state,” said President Kovind on National Law Day.

He added that the Constitution builds a superstructure of political, economic and social democracy. “Dr B.R Ambedkar had cautioned that these principles are not to be treated as separate and unrelated,” President Kovind added.

He also said Constitution is not just an abstract ideal and has to be made meaningful to the lives of ordinary people in every street, village and mohalla of India. “It has to somehow connect with their everyday existence and make it more comfortable,” he said. The President of India further said the Constitution empowers the people as much as the people empower the Constitution.