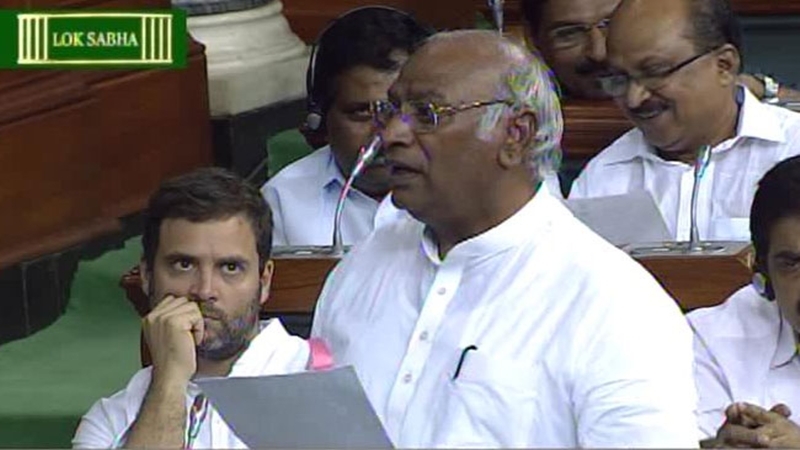 New Delhi: The Congress on Thursday staged a walkout from Lok Sabha over Prime Minister Narendra Modi’s “raincoat” jibe against his predecessor Manmohan Singh, demanding an apology for it.

Also Read : Only Manmohan Singh can teach how to bathe with raincoat on: Modi

Modi on Wednesday said Manmohan Singh knew the “art of bathing wearing a raincoat”, triggering uproar in the Rajya Sabha.

“A PM should not use such language against a former Prime Minister,” Kharge said.

Parliamentary Affairs Minister Ananth Kumar countered him, saying an issue of the Rajya Sabha can’t be raised in the Lok Sabha.

Soon after, the Congress members trooped near the Speaker’s podium and started shouting slogans against Modi demanding his apology.

The Speaker urged them not to disturb the house but the Congress members didn’t relent and walked out.