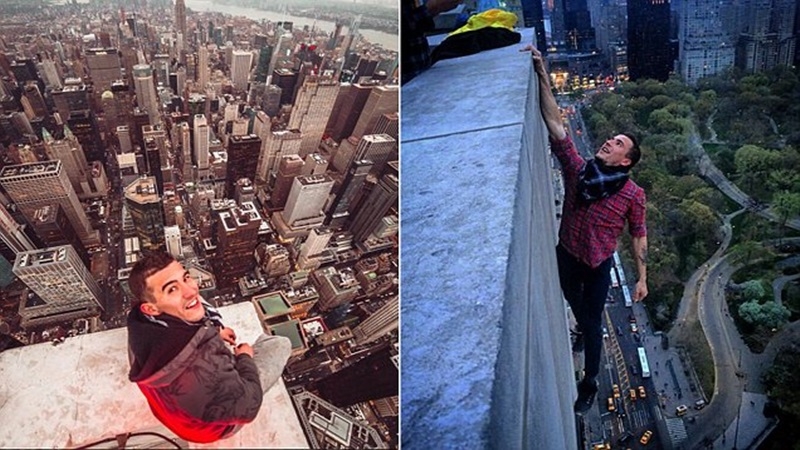 Moscow: A climber known as the “Russian Spiderman”, scaled the outside of a 12-storey building in Colombia, after which he was arrested for undertaking the act without any protective measures. Pavel Gogulan, 25, took 10 minutes to make the ascent in Medellin on Monday, which he had planned for a week, reports Efe news. It was the second climb he has made in the Colombian city.

“It was a good experience and easy to do,” Gogulan told Efe, who said he was visiting Medellin after taking on climbing challenges in Paraguay, Bolivia, Peru and Ecuador while on a 10-month South American tour. To say farewell to Colombia, the Russia Spiderman decided to climb up the exterior of the 12-storey bank building, some 177 feet high.

Just after he reached the building’s terrace, security personnel intercepted Gogulan, arrested him and took him to the local prosecutor’s office, according to one of the intrepid athlete’s companions. The highest climb Gogulan made was one of 735 feet up the side of an under construction building in New York. After scaling some 200 buildings in about 50 countries, Gogulan says that his goal is to one day climb the Burj Khalifa, a skyscraper 2,716 feet high in Dubai.