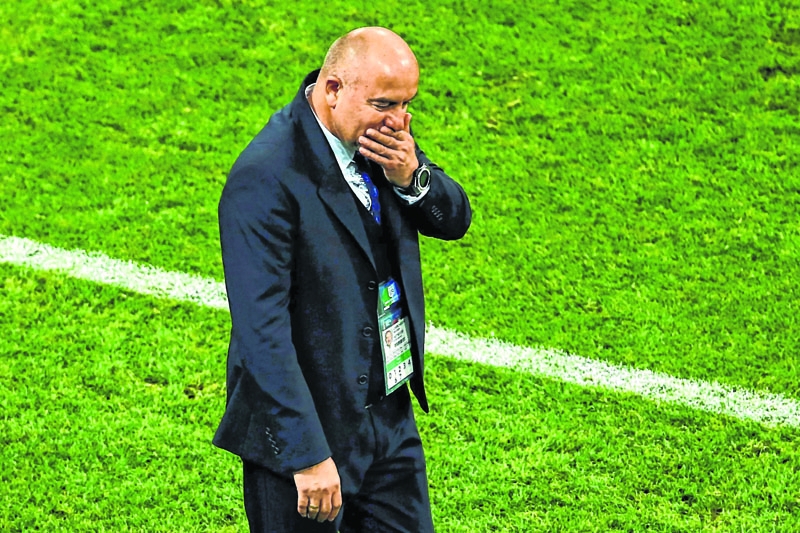 Sochi : Russia coach Stanislav Cherchesov lamented that luck had turned against the World Cup hosts after they lost on penalties to Croatia in the quarter-finals.

Cherchesov’s team beat Spain in a shootout in the last 16 but fell short in Sochi after extra-time ended with the sides deadlocked at 2-2. They lost the shootout 4-3.

“Luck was against us,” Cherchesov said. “My guys feel like conscript soldiers whose term of service was over just when they were preparing to go into battle.

“They still want to fight that war.” Cherchesov walked into the room still visibly dazed after the dramatic ending. He asked a reporter to repeat the first question, saying after a long pause: “I am still not myself.”

Russia were the lowest-ranked team in the tournament and expectations were not high. But Cherchesov said he knew “from the first second that I put this team together how far we could go”.

“People not only started to believe in us, but the whole nation loves us now,” he said.