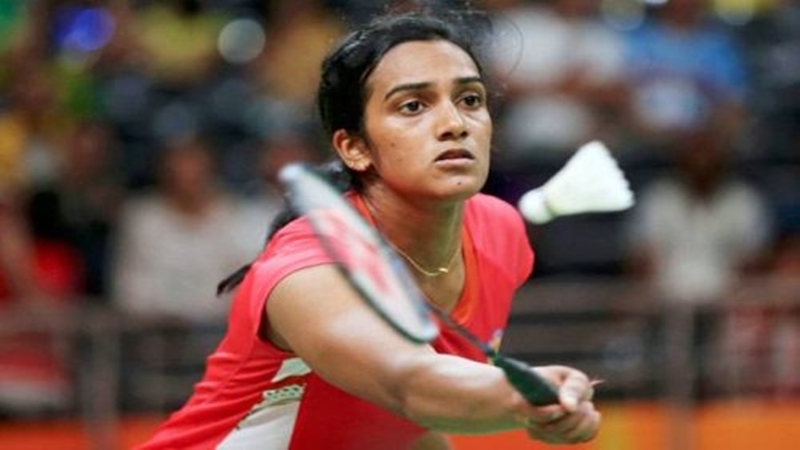 Fuzhou: Indian star shuttler PV Sindhu opened her China Open Super Series campaign on a winning note by triumphing over Japanese Sayaka Sato to enter the women’s singles second round here on Wednesday. Defending champion Sindhu swept aside Sato 24-22, 23-21 in a tiring match, which lasted over an hour.

The world no. 2 will now meet 17-year-old Chinese player Yue Han for a place in the quarter-finals of the event. Meanwhile, in men’s singles event, Prannoy kept the Indian challenge alive in the Super Series by thrashing Korean opponent Lee Dong-keun 18-21, 21-16, 21-19 in a one-and-a-half hours long match.

Prannoy, who recently won the Senior National Badminton Championship, will now lock horns with Cheuk Yiu Lee of Hong Kong in the next round. Earlier in the day, Olympic Bronze medallist Saina Nehwal aslo registered a thumping 21-12, 21-13 win over her American opponent Beiwen Zhang.

Nehwal will now square off with fifth-seed Akane Yamaguchi of Japan for a place in the quarter-finals of the women’s singles event. In other matches of the day, Sourabh Verma fell weak against France’s Brice Leverdez in the men’s singles event and received a 14-21, 15-21, 11-21 defeat.

In women’s doubles event of the China Open, the duo of Ashwini Ponnappa and Sikki Reddy lost 14-21, 15-21 to the South Korean pair of Ha Na Baek and Chae Yoo Jung. Ponappa tasted another defeat in her mixed doubles match, wherein she was paired with Satwiksairaj Rankiredddy to fight Denmark’s Mathias Christiansen and Christinna Pedersen.

The Indian duo lost 19-21, 21-17, 13-21 in the opening round of the event. In another round of 32, men’s doubles pair of Satwiksairaj Rankireddy and Chirag Shetty also failed to qualify to next round against Chinese duo of Cheng Liu and Nan Zhang who thrashed the Indians 13-21, 13-21.