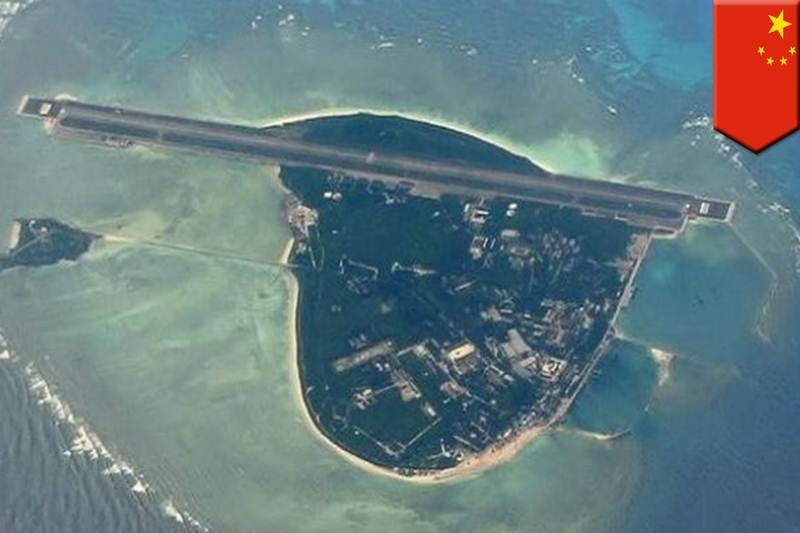 Beijing: China today said it is closing off a part of the South China Sea for military exercises this week, days after an international tribunal ruled against Beijing’s claim to ownership of virtually the entire strategic waterway.

Hainan’s maritime administration said an area southeast of the island province would be closed from Monday to Thursday, but gave no details about the nature of the exercises. The navy and Defence Ministry had no immediate comment.

The announcement came in the middle of a three-day visit to China by the US Navy’s top admiral to discuss the South China Sea dispute and ways to increase interactions between the two militaries.

Chief of Naval Operations Adm John Richardson is meeting with China’s navy commander, Adm Wu Shengli, during his trip to Beijing and the port city of Qingdao that began yesterday.

China rejected last Tuesday’s ruling by the Hague-based Permanent Court of Arbitration in a case initiated by the Philippines, and refused to take part in the arbitration.

It has responded by asserting that islands in the South China Sea are “China’s inherent territory,” and says it could declare an air defence identification zone over the waters if it felt threatened.

In a further show of defiance, Beijing followed the ruling by landing two civilian aircraft on new airstrips on disputed Mischief and Subi reefs and dispatched its coast guard to block a Philippine fishing boat from reaching a contested shoal.

Dennis Blair, a former commander of US forces in the Pacific, told a congressional hearing on Wednesday that the United States should be willing to use military force to oppose Chinese aggression at a disputed reef off the coast of the Philippines.

Blair said the objective of such an action was not to pick a fight with China at the disputed Scarborough Shoal, but to set a limit on its military coercion.

Philippine President Rodrigo Duterte, who said before the ruling that he wanted to start talks with China on the issue, has not commented on the tribunal’s decision, but described the territorial disputes as a complicated issue that may affect the country’s economy as well as ties with treaty ally the United States.

Duterte has been more reconciliatory with China compared to his predecessor, Benigno Aquino III, who filed the arbitration complaint against Beijing.

The tribunal ruled that China violated international maritime law by building up artificial islands in the South China Sea that destroyed coral reefs, and by disrupting fishing and oil exploration.