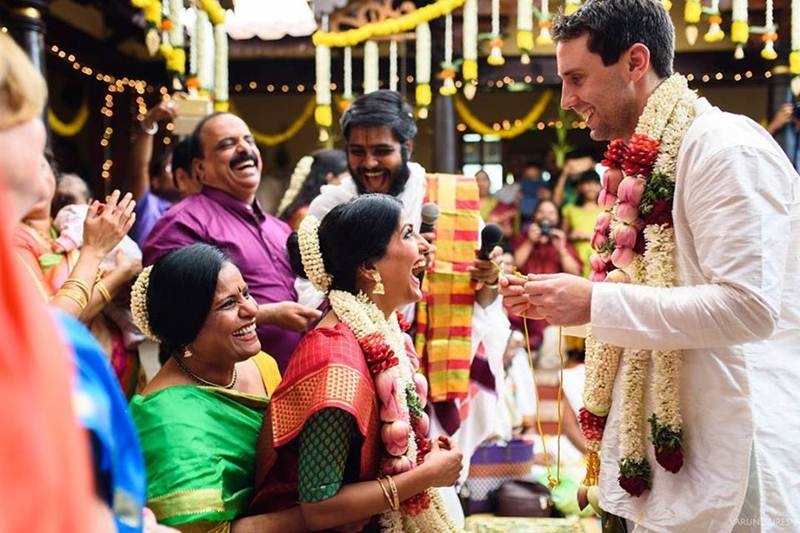 Rajeshwari Sharma, a single mother, based out of Australia performed the ritual that is traditionally performed by fathers on their daughter’s wedding, by giving her daughter away. According to News Minute, Rajeshwari Sharma comes from a conservative Tamil Brahmin family herself. “I got married very early, at the age of 21, and moved to Australia with my husband.” She and her husband decided to separate after 17 years of marriage.

Varun Suresh, a wedding photographer based out of Chennai, posted the pictures from their wedding. It is his Facebook post, along with the pictures of the Sharma performing her daughter’s ‘kanyadaan’ to her now husband Sam, that has gone viral.

Check out the heart-warming pictures here:

When her daughter decided to marry Sam, an Australian, and said she wanted a traditional Hindu wedding in Chennai, Rajeshwari stepped up to perform the role of a father at her wedding too. Though the wedding took place in January 2017, Sandhya’s picture, sitting on her mother’s lap, went viral after it was shared on Facebook by Aravindan Sudarsan on January 21 this year.