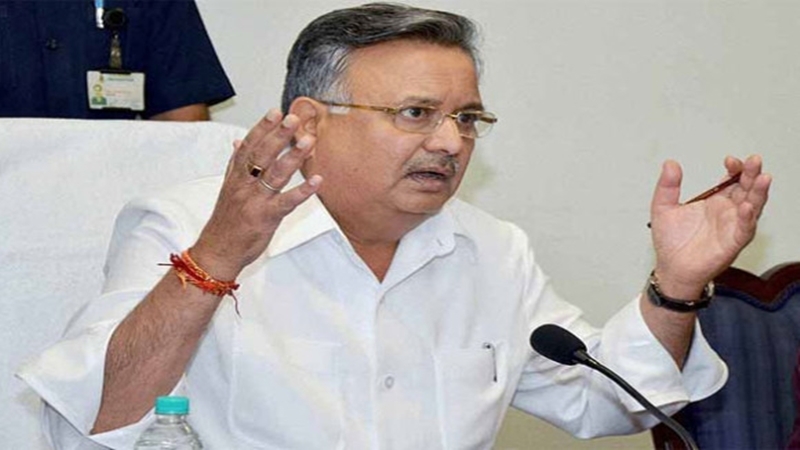 Raipur: Accusing the Congress of playing”cheap politics” for power, Chhattisgarh Chief Minister Raman Singh today said the CBI inquiry recommended by his government into the “sex CD” row allegedly involving a state minister will bring out all facts. “We could not even imagine that the Congress will play such cheap politics for power. We are also in politics and consider this a medium to serve the people.

Our party can never think of committing immoral acts for political gains,” Singh told reporters at his official residence. The state government had yesterday recommended a CBI probe into the “sex CD” row allegedly involving state PWD minister Rajesh Munat. “The CBI inquiry has been recommended to reveal all the facts,” the CM said. State Revenue Minister Prem Prakash Pandey had yesterday said the CD was “fake” and even a local TV channel had in its report mentioned that it had been tampered with.

The alleged sex video sparked a political row in the state with the Congress and the BJP trading charges over the issue. The matter had come to light when senior journalist Vinod Verma was arrested by the Chhattisgarh Police on Friday morning from his Ghaziabad residence on charges of blackmailing and extortion related to the “sex CD”.

Verma had claimed that the Chhattisgarh government suspected he had a “sex CD of Chhattisgarh PWD Minister RajeshMunat” and that he was being framed. Munat called it “fake” and an an attempt at character assassination. He had yesterday filed a complaint against state Congress chief Bhupesh Baghel and Verma for allegedly tarnishing his image through the “fake” sex CD.