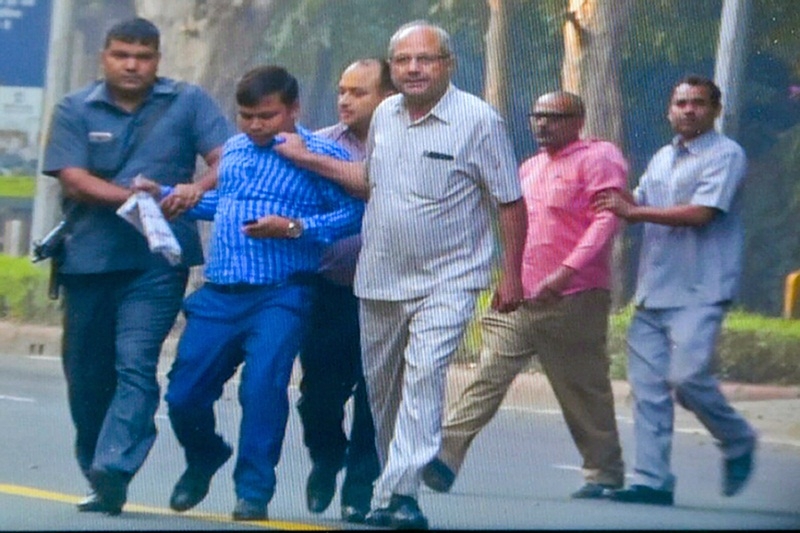 New Delhi: A day ahead of the Supreme Court’s hearing on the petition of ‘ousted’ CBI director Alok Kumar Verma, the government gave an indication of the line of argument it intends to take in the apex court.  his was indicated by none other than the CBI which claimed on Thursday that Verma has not been removed from the post but only sent on forced leave because of the public controversy; also, nobody else has been appointed as the new director.

Even on the official website of the CBI, Verma continues to be designated as its director, even as a message mentions that M Nageswara Rao has taken over the duties and functions of Director, CBI, in pursuance of a DoPT order. A CBI spokesman said similarly Special Director Rakesh Asthana has also been sent on leave until the Central Vigilance Commission sorts out the dispute between the two.

He also clarified that Nageswara Rao has not been appointed the new director but he will only be looking after the duties and functions of the CBI director as an interim arrangement during the absence of Verma.

NO RAFALE PE: The spokesman also denied as “false’’ a media report that Verma had ordered a preliminary enquiry (PE) into the controversial Rafale deal before he was sent on leave. He said he was stating this on the basis of every document and file in the possession of the CBI, which is accounted for at each level.

In events that had unfolded well after midnight on Tuesday, Verma was stripped of his powers and Rao was appointed interim chief. The number two officer, Asthana, was also sent on leave. After the order was put out, Rao drove to the CBI headquarters late on Tuesday night, escorted by the police, and took charge around 1.45 am.