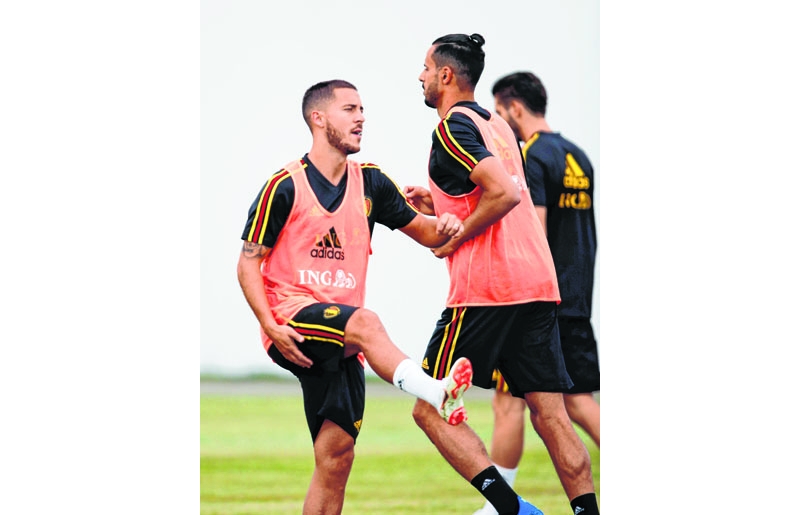 In 2014 World Cup: Belgium lost to Argentina in the quarter-finals while Panama failed to qualify.

Sochi: Roberto Martinez can’t wait to lead an outstanding Belgium side into the World Cup as they prepare to take on Panama in their opening game on Monday.

A team who sit third in the FIFA rankings and who boast what is frequently labelled a golden generation featuring the likes of Eden Hazard and Kevin De Bruyne have come to Russia with a considerable weight of expectation on their shoulders.

They are strongly fancied to progress to the knockout phase as winners of Group ‘G’, despite being drawn alongside England, and so it would be a major upset if they slipped up in Sochi against a side making their World Cup debut.

“I would like to see that the team can play a game and not play the World Cup, to see a team where they enjoy the responsibility that they carry,” Martinez said on Saturday.

“I’m excited. I see the players work, I see them in training, and they are just desperate to perform for the fans back in Belgium.”

Belgium’s results under Martinez have been excellent, with last Monday’s 4-1 friendly win over Costa Rica in Brussels meaning they are unbeaten in 19 matches going back almost two years, to the very start of the Spaniard’s reign.

“I think we know how strong we are and I hope we can show it in this tournament,” said the Napoli forward Dries Mertens, who along with his teammates trained in the shadow of the Sochi stadium on Saturday.

The prospect of facing England in Kaliningrad on June 28 is a mouthwatering one. All going to plan for these sides, first place will be up for grabs. Then there are Martinez’s past links to the Premier League and the presence of Thierry Henry and Englishman Graeme Jones on his coaching staff.

The majority of his squad either play or have played in England, but for now Martinez is only thinking about Panama. “Getting to the World Cup has been a great result for Panamanian football. I am not expecting an easy game,” he said.

The Belgians came to Russia’s Black Sea coast early from their base near Moscow to adapt to the warmer, and more humid, conditions here that could suit the Panamanians better.

Improving on quarter-final exits at both the 2014 World Cup and Euro 2016 has to be the aim, but Belgium’s preparations have not been aided by defensive injury problems.

Both Thomas Vermaelen and Vincent Kompany are struggling for fitness, and Martinez can make a change to his 23-man squad as late as Sunday. However, Los Angeles FC defender Laurent Ciman left Russia on Saturday having been with the squad as a standby option.

Barcelona centre-back Vermaelen will not play against Panama due to a hamstring problem, while Manchester City skipper Kompany is not expected to be available before the match against England due to a groin complaint.

However, Martinez believes the 32-year-old’s experience is invaluable, even if he is unable to play against Panama or against Tunisia in Moscow next weekend.

COACH: Roberto Martinez, the Red Devils became the first UEFA nation to qualify for Russia 2018, and did so with an unbeaten record under Martinez.

COACH: Hernan Gomez, a midfielder with Independiente Medellin and Atletico Nacional, started coaching at the latter club as an assistant and joined the technical staff of the Colombian national side.