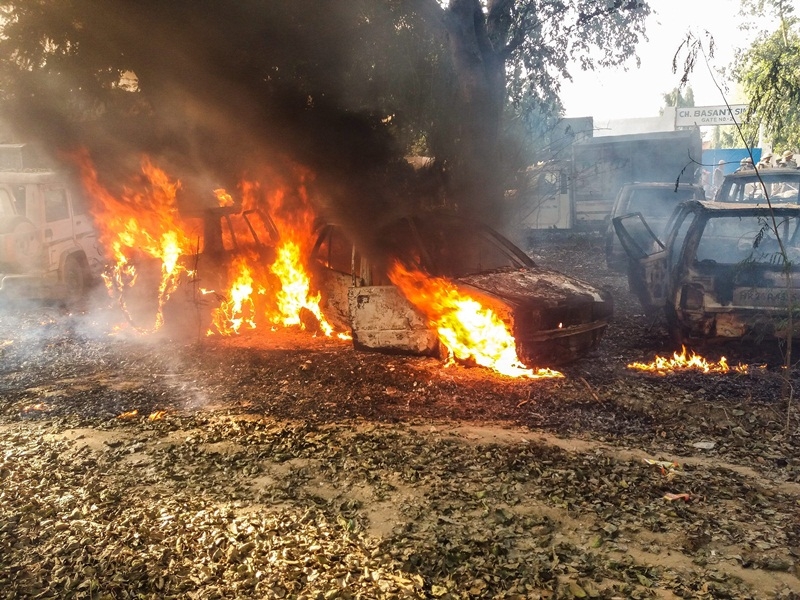 Bulandshahr: Four people who were arrested for their involvement in connection to the violence that took place in Uttar Pradesh’s Bulandshahr earlier this month have been found non-guilty, police said on Thursday.

Speaking to ANI, Atul Srivastava Superintendent of Police, stated, “Earlier we conducted an investigation on 24 people out of which four were arrested. But, after digging in the deep, we have found that these arrested ones are innocent. Yesterday, we have arrested three men who are believed to be the main accused in the case.”

On December 3, sub-inspector Subodh Kumar Singh and a youth named Sumit died in the violence which erupted after the carcasses of 25 cattle were found in forests close to a police post. The locals had alleged that the carcasses found were of cows which were slaughtered illegally.

According to sources, the post-mortem examination conducted on Singh had confirmed gunshot injury on his head.