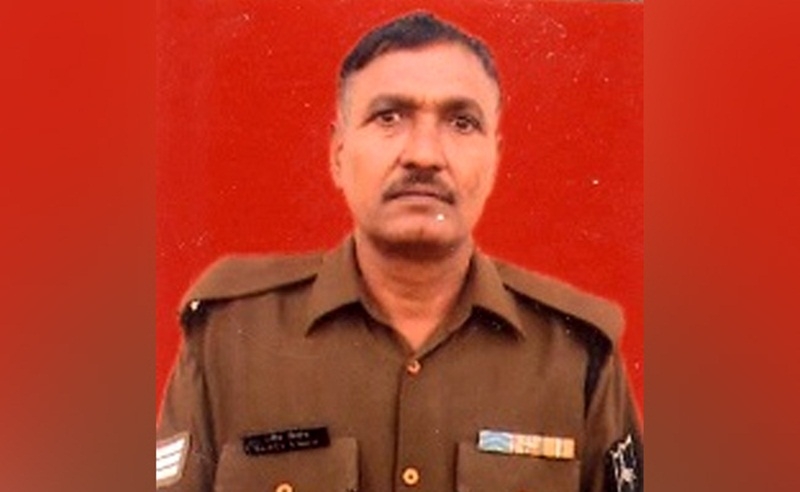 Jammu/New Delhi: A BSF jawan’s throat was slit and his body bore multiple bullet injuries after the missing trooper was found killed by Pakistani troops in the Jammu region, in a first of its kind barbaric act against Indian forces along the International Border, officials said Wednesday.

The officials said a “high alert” has been issued to all formations along the 192-km long International Border(IB) and the 740-km Line of Control (LoC), which is manned by the army. The brutal incident in Ramgarh sector yesterday was reminiscent of similar attacks in the past against Indian security forces along the LoC. The missing Border Security Force(BSF) jawan was identified as head constable Narender Singh. The BSF had earlier said the name of the victim was Narender Kumar.

“The body of the jawan bears three bullet injuries and his throat has been slit. This is an unprecedented action that has happened with the Indian forces along the IB and the Pakistani troopers are behind this. The BSF and other forces will undertake a counter-action at a suitable time,” officials said. The incident came a day after Home Minister Rajnath Singh inaugurated the maiden “smart fence” project of the BSF in Jammu on Monday that aims to deploy smart technology and gadgets to secure the vulnerable patches on the Indo-Pak border.

In a statement, the BSF said the incident happened after the Pakistani side resorted to unprovoked firing on a BSF party at Ramgarh sector which went ahead of the border fence to cut the tall elephant grass (Sarkanda). “Such tactical patrol is routinely sent to clear the wild vegetation for clearing the field of view along the International Border. This area also carries importance as Pakistan side has a ‘protective bundh’ closer to the International Border,” the statement said. The firing by the Pakistan side was retaliated by the patrol which tactically extricated themselves to its side of the fence. But the patrol later found one of their members missing.

“With the reinforcement from company Headquarters, the complete area was sanitized first and then the search started for the missing jawan. The area between the fence and the International Border is undulating, marshy and has thick sarkanda growth which made the search difficult,” the statement said, adding “that after some efforts, the body of the missing jawan was found with multiple bullet injuries on his torso including neck.” Phone calls and communication exchanges went on from the Indian side to their counterparts — Pakistani Rangers — across the border in order to locate the jawan for nearly nine hours before the brutal and “unprecedented” incident came to light, officials said.

The BSF has lodged a strong protest with the Pakistan Rangers, they added. The BSF also made several attempts to reach out to the Pakistani side for maintaining the sanctity of the frontier and ensure that the search parties were not fired upon. The Pakistan Rangers, officials said, was asked to take part in a joint patrolling to trace the missing jawan, but they came up only to a certain point and cited waterlogging problems in the area that prevented them from undertaking a coordinated action. The BSF then waited for sunset and launched a “risky operation” to bring the jawan’s body back to the post by “late evening”.

Officials in the security establishment said the brutal incident was taken “very seriously” by the government. The Ministry of External Affairs and the Director General of Military Operations (DGMO) were also expected to take up the issue with their Pakistani counterparts. In the past, incidents of mutilation of army soldiers have been reported from the LoC especially in the Machhil sector of Kashmir and Naushera and Krishan Gati sectors of Jammu. Last year in May, bodies of two BSF jawans was mutilated in Krishna Gati sector by the border action team from Pakistan.