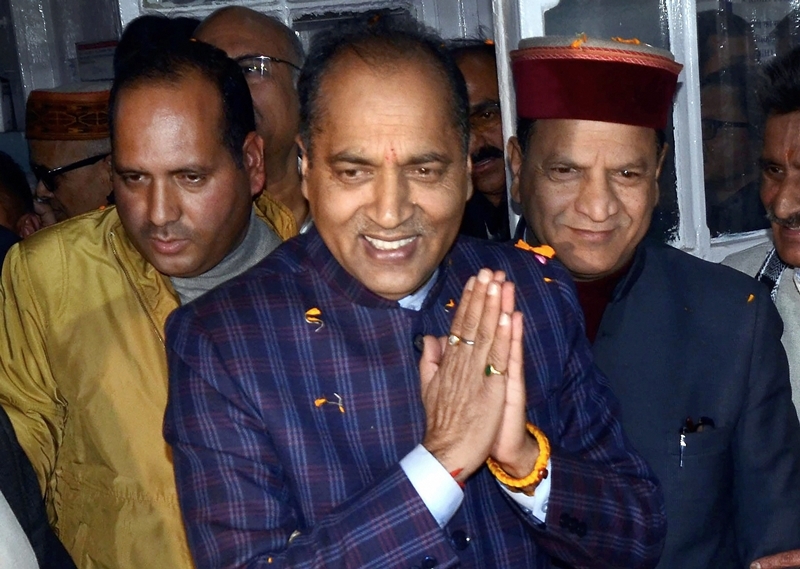 #JairamThakur set to take oath as the Chief Minister of #HimachalPradesh, today, says “people have shown faith in us, will try to meet their expectations” pic.twitter.com/OdOqThvXK0

Governor Aacharya Devvrat will administer the oath of office and secrecy to Thakur. Along with Thakur, a few MLA will reportedly swear-in as Cabinet Ministers tomorrow. The five-time BJP MLA from Seraj constituency of the hilly state was elected to lead the state after the party’s chief ministerial candidate Prem Kumar Dhumal failed to register a win from his constituency.

The BJP have ousted the Congress from power in Himachal Pradesh by winning 44 out of the 68 seats in the recently held Assembly polls. Along with many senior leaders and workers of BJP state unit, thousands of people are expected to witness the swearing-in ceremony. For the first time in the history of the state, Prime Minister will attend an oath taking ceremony.

Massive security and other arrangements have been made ahead of the grand function. Besides seating arrangements, eight to ten LED screens have been installed outside the venue. SPG will look after the security arrangements. Union Health Minister JP Nadda, Former Chief Minister Prem Kumar Dhumal, Incharge for Party Affairs Mangal Pandey have reviewed the arrangements in Rigde Maidan.