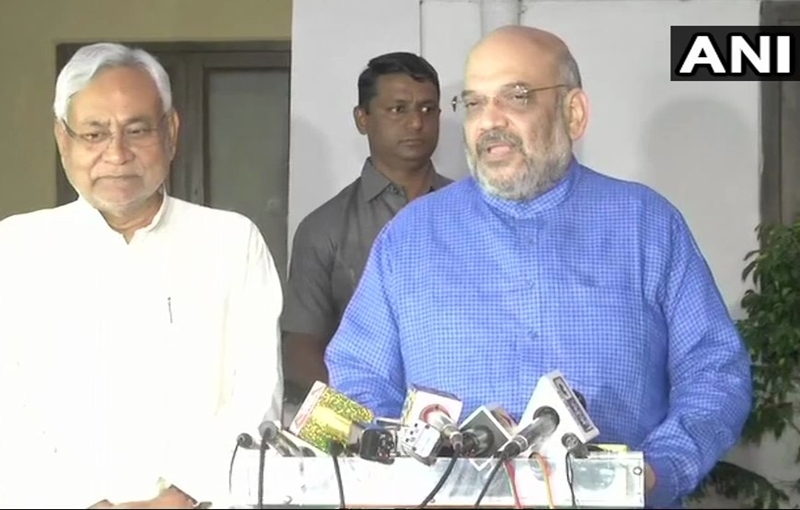 New Delhi: The BJP and the JD(U) will contest an equal number of seats in the 2019 Lok Sabha elections in Bihar, BJP president Amit Shah said Friday. Other NDA allies, including the LJP and the RLSP, will get due representation in the seat-sharing formula, Shah said.

Addressing reporters along with Bihar Chief Minister and JD(U) leader Nitish Kumar, he said the number of seats each ally will get will be announced in the next three-four days.

Lok Janshakti Party chief Ram Vilas Paswan and Rashtriya Lok Samta Party (RLSP) leader Upendra Khushwaha are firmly with the NDA and their parties will get due representation in seat sharing, the BJP chief said.